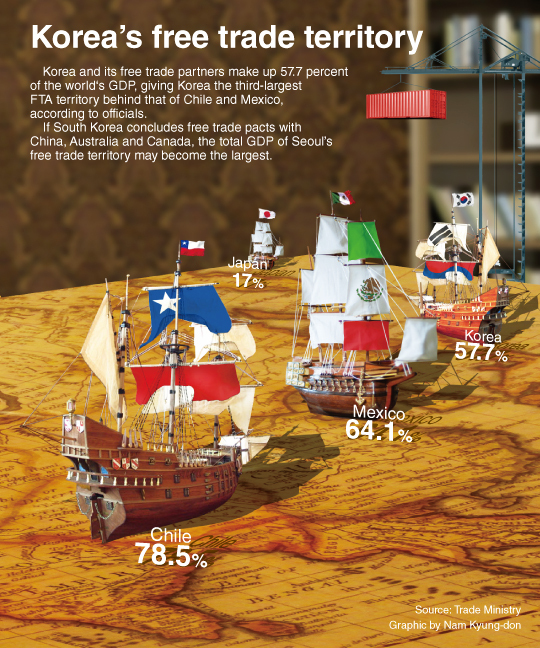 Korea and its free trade partners make up 57.7 percent of the world’s GDP, giving Korea the third-largest FTA territory behind that of Chile and Mexico, according to officials.