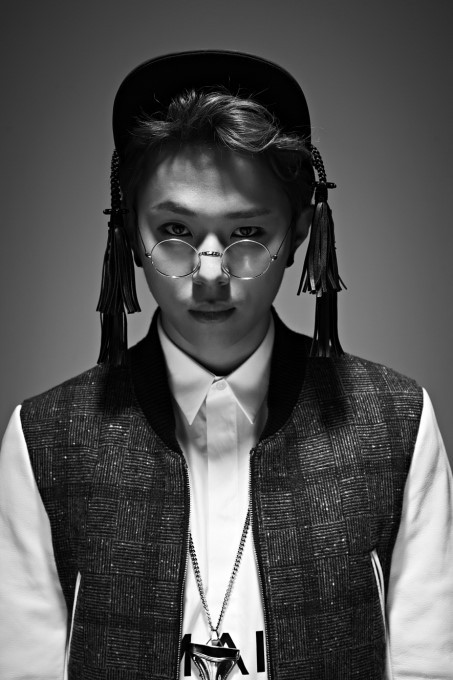 The teaser image, to be used as the album jacket, is a black-and-white photograph of Yong with vintage spectacles and a unique tasseled hat. The album includes a total of five songs and will be released online on Friday.

Yong is the main rapper of six-member boy group BEAST, but has done much more than just rapping for his new album. The artist participated in composing and writing lyrics, and has also organized future performances for the song as well as production.

Yong made a name for himself as a producer for his work on track “Shadow,” from BEAST’s second studio album “Hard to Love, How to Love,” and “Caffeine,” a song released by fellow group member Yang Yo-seob.