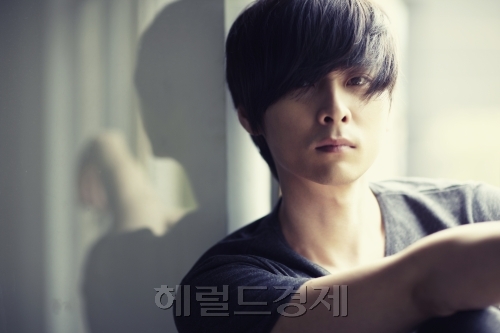 Min had a small gathering with his fans in Yongin, Gyeonggi Province, the location of the unit he served in for 21 months.

The 29-year-old signer plans to work on his solo album after a period of rest.

Min made his debut in 2003 as the main vocalist of Buzz, which rose to stardom with many hit songs. He continued his career as a solo singer after the band officially announced that it was splitting up in 2007.

All able-bodied South Korean men between the ages of 18 and 35 serve almost two years in the armed forces, since the country is technically still at war with North Korea.