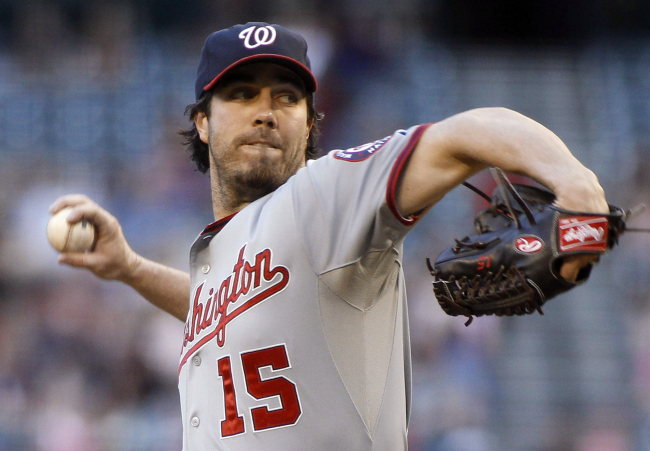 The Dodgers announced the deal Monday. It includes $3 million in performance bonuses.

Haren returns to his native Southern California after spending last season in Washington, going 10-14 with a 4.67 ERA and a strong finish to the season.

The 33-year-old veteran has 129 career victories.

The Dodgers will be the sixth major league team for Haren, who also pitched for St. Louis, Oakland and Arizona.

Haren will compete for a spot in Los Angeles’ loaded rotation alongside Clayton Kershaw, Zack Greinke and Ryu Hyun-jin.

The Dodgers also have Chad Billingsley and Josh Beckett under contract.

ARLINGTON, Texas (AP) ― Prince Fielder used to take batting practice as a kid at Tigers Stadium, and was known for hitting the ball over the right-field fence at a young age.

After being traded to the Texas Rangers, the slugging first baseman now will play his home games in a ballpark where right field is modeled after the old stadium in Detroit where he used to hang out when his father played there.

“I like it. ... I’m definitely going to look into that,” Fielder said, with a chuckle. “I’m just happy to be here, play hard and win some games.”

The Rangers introduced their newest player Monday, five days after acquiring him in a blockbuster trade of All-Stars, with popular second baseman Ian Kinsler going to Detroit.

Fielder was only two seasons into the $214 million, nine-year contract he signed with Detroit before the 2012 season. The Rangers had met with Fielder during free agency then, though their offer was nowhere close to what he got from Detroit.