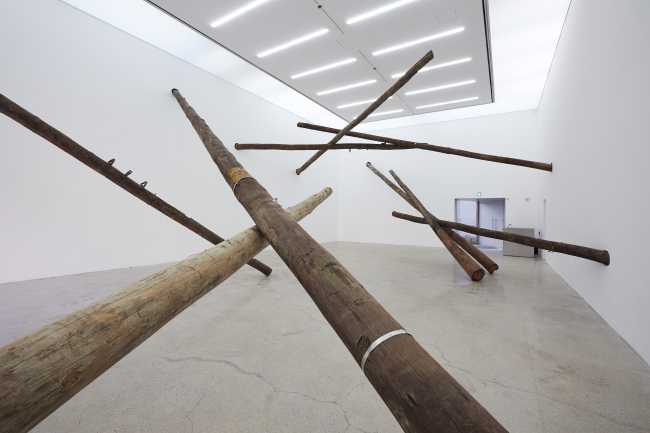 “Waiting Room”: Wooden utility poles cut through a gallery space from one end to the other in a new exhibition of Brazilian artist Carlito Carvalhosa in Seoul. The poles, each measuring 8-12 meters long, pierce through the gallery walls at Kukje Gallery in Jongno and extend to the bottom of the floor while supporting other poles delicately placed one on top of another. The position of wooden poles in a white cube triggers questions among viewers as his past works did by transforming everyday materials and familiar space into unfamiliar things. The exhibition is on view at Kukje Gallery’s K3 in Jongno, Seoul, until Nov. 12. For more information, call (02) 735-8449.

“Video Vintage”: An extensive video art collection is on exhibit at the Gwacheon Museum of the National Museum of Modern and Contemporary Art, Korea. A total of 72 video works that date from the early 1960s to 1980s examine the birth of video art, its expansion into other media in art and connection with the television era. Highlights include “Button Happening” by Nam June Paik, “The New Wave” by Fred Barzyk, “The Eternal Frame” by ANT FARM and T.R. Uthco. The exhibition continues through Dec. 31. For more information, visit www.mmca.go.kr.

“The Sleep of Reason”: British artists Jake and Dinos Chapman hold their first exhibition in Seoul at SongEun Art Space in Apgujeong until Dec. 7. The artists, known for some gruesome images in their artworks, have brought major pieces for the exhibition, including 19th-century portraits of wealthy men and women retouched by the artists to make their faces look as if they are decomposing. “Unhappy Feet” features innumerable miniatures of penguins that turn into predators and kill whales, polar bears and walruses in the South Pole. The adorable penguins in the movie “Happy Feet” are transformed with bloodstains around their mouths, preparing to attack a polar bear. For more information, call (02) 3448-0100.

“Robert Capa”: Rare original prints by the late Robert Capa are on exhibit in Seoul for the first time to mark the centennial of the photographer’s birth. Hailed as the world’s greatest war photographer, Capa captured moments that became iconic war images and continue to inspire many photojournalists and filmmakers to this day. The photos on exhibit consist of war images from major battles of the early 20th century and portraits of leading cultural figures of the period such as Pablo Picasso, Henri Matisse and Ernest Hemingway. The exhibition continues through Oct. 28 at Sejong Art Center. Admission is 12,000 won for adults, 8,000 won for teenagers and 7,000 won for children. For more information, visit www.robertcapa.co.kr or call (02) 3701-1216.

“K-Hiphop Nation 2013”: The two-day hip-hop music fest will feature some of the nation’s most popular rap stars and crews including Epik High, MC Sniper, E-Sens, Swings, Leessang, Bae Chi Gi, Bumkey, San E, Geeks and much more. The local hip-hop scene exploded last month, with disses flying in every direction as several popular rap stars, including former Supreme Team member E-Sens and Swings, decided to carry out their feuds publicly with some pretty cutthroat remarks aimed at specific members of the hip-hop community. The upcoming K-Hiphop Nation festival will be held on Oct. 26 and 27 at Jamsil Olympic Stadium. Ticket prices range from 66,000 won for a one-day pass and 99,000 won for a two-day pass. For more information, visit www.k-hiphopnation.com.

“Busker Busker”: “Superstar K3” runner-up Busker Busker brewed up a storm with its latest second studio album. Shortly after the album was released, all nine of its tracks were ranked Nos. 1-9 on most major online music services. In commemoration of the group’s follow-up album, Busker Busker has kicked off a nationwide tour starting in Daegu on Oct. 20, followed by two concert performances in Seoul on Nov. 1 and 2. Busker Busker’s upcoming Daegu show will be held at the Daegu EXCO with ticket prices listed from 77,000 won to 99,000 won. The band’s Seoul concerts will be held at the Gymnastics Stadium at Seoul Olympic Park. Ticket prices range from 77,000 won and 110,000 won. For more information, call (02) 3141-3488 or visit www.interpark.com. 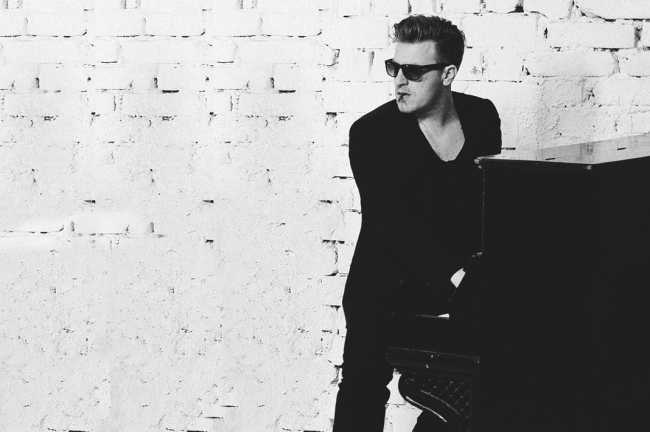 Parov Stelar is to perform his first solo concert in Korea on Nov. 13 in the Olympic Hall at Seoul Olympic Stadium. (Parov Stelar official website)
“Parov Stelar Band”: DJ Parov Stelar, one of the musical pioneers behind the concepts mashing together new and old school music, will be returning to Seoul in the group’s first solo concert in Korea. Although the band has performed in Seoul on a number of occasions as part of the lineup for various jazz festivals, including the annual Seoul Jazz Festival, this time the Parov Stelar Band is bringing its brass-and-rhythm-infused electronic sounds in a full solo concert. With the band’s unique style of swing-time pop and electronica, Stelar is credited as creator of the “electro swing” genre. The Parov Stelar Band will be performing on Nov. 13 in the Olympic Hall at Seoul Olympic Stadium at 8 p.m. Tickets to the show range from 99,000 won to 110,000 won. For more information, visit www.interpark.com.

“Sensation: Wicked Wonderland”: “Sensation” is a live music and performance event that was first developed in Amsterdam 13 years ago. Over the years the event, which has been referred to as “the biggest club on Earth,” grew in popularity and has been brought all over the world to more than 30 countries and has been seen by millions. This year’s Sensation, themed “Wicked Wonderland,” will be held on Nov. 30 at KINTEX in Ilsan, Gyeonggi Province, from 10 p.m. to 4 a.m. Tickets can be purchased online, with prices ranging from 99,000 won to 200,000 won. VIP packages are also available. For more information, call (02) 3141-3488 or visit www.interpark.com.

“Notre-Dame de Paris”: The Korean rendition of the famous French-Canadian musical “Notre-Dame de Paris” is currently being performed in Seoul. Based on French writer Victor Hugo’s popular novel “The Hunchback of Notre-Dame,” the musical tells of Quasimodo, a deformed hunchback who dwells within the Notre Dame Cathedral in Paris and falls deeply in love with a beautiful gypsy dancer, Esmeralda. Local stars Yoon Hyeong-ryeol and Hong Gwang-ho are sharing the role of Quasimodo, while Bada and Yoon Gong-ju share the role of Esmeralda. “Notre-Dame de Paris” runs until Nov. 17 at Blue Square‘s Samsung Electronics Hall. Tickets range from 60,000 won to 130,000 won. For more information, call 1544-1555.

“Wicked”: After playing an unhappy Austrian empress (Elisabeth) and a mysterious, obsessive housekeeper (Rebecca), musical actress Oak Ju-hyun has now been cast to play the famous green-skinned witch in Broadway musical “Wicked.” The upcoming run, featuring an all-Korean cast, is the first Korean-language edition of the musical. The musical tells the story of two very different witches in the Land of Oz -- green-skinned, struggling and often-alienated Elphaba and beautiful and popular blonde Glinda. The show is a ravishing spectacle and fantasy, mixed with a touching account of one’s experience of a difficult youth, life-changing friendship and growing up. “Wicked” will open on Nov. 22 at Charlotte Theater in Jamsil, southern Seoul. Tickets range from 60,000 won to 140,000 won. For more information, call 1577-3363. 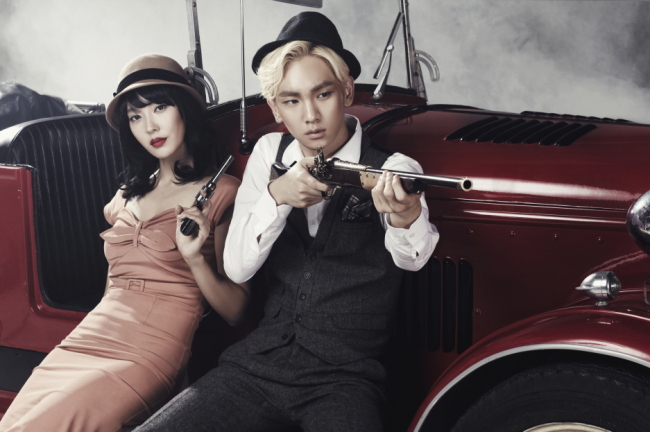 A promotional image of “Bonnie & Clyde”(CJ E&M)
“Bonnie & Clyde”: Broadway musical “Bonnie & Clyde” is being staged in Seoul for the first time. The musical features the infamous love story of Bonnie Parker and Clyde Barrow, the well-known American robbers who traveled the central United States during the Great Depression. The show had its Broadway premiere in 2011 and won two Tony Award nominations in 2012. “Bonnie & Clyde” runs from Sept. 4 to Oct. 27 at Chungmu Art Hall in Seoul. Tickets range from 60,000 won to 120,000 won. For more information, call 1588-0688. 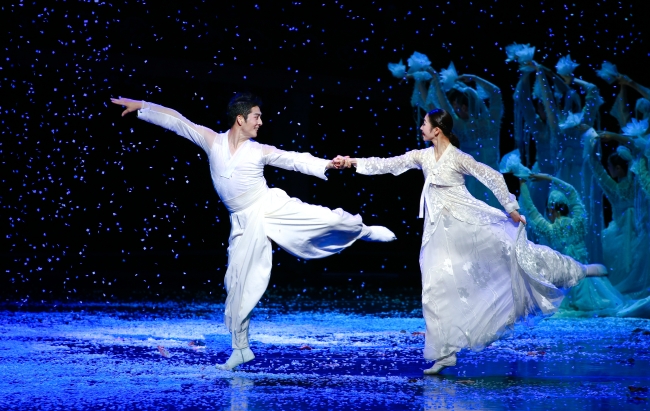 “This is Modern”: Korea’s Universal Ballet Company is staging its contemporary dance piece “This is Modern” this October. The piece is a collection of three contemporary ballets: “Petit Mort” and “Six Dances” (Sechs Tanze) by Czech choreographer Jiri Kylian, and “This is Your Life” by Korean choreographer Huh Yong-soon. Compared to classical ballets, the show is said to spotlight the different dancing styles and flair of each dancer. “This is Modern” runs from Oct. 24-27 at Seoul Arts Center’s CJ Towol Theater. Tickets range from 30,000 won to 100,000 won. For more information, call (02) 580-1300. 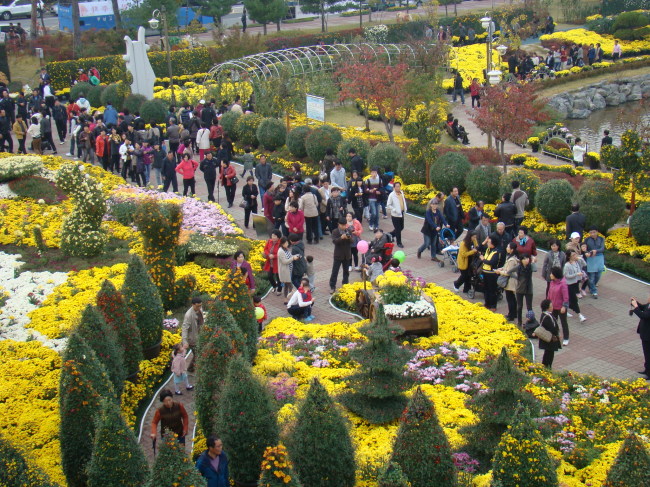 “Icheon Rice Cultural Festival”: Icheon, Gyeonggi Province, is famous for its high-quality rice that was once served to Korea’s royalty. The festival, to be held Oct. 30-Nov. 3 at Seolbong Park in Incheon, will include a reenactment of the parade that transported rice to Hanseong, Joseon’s capital, for presentation to the king, a huge rice cauldron that is capable of cooking rice for hundreds of people, and a straw craft contest. Traditional music, dance and folk drama performances will entertain visitors, who will also have the chance to buy newly harvested Icheon rice. For more information, call (031) 644-4125 or visit www.ricefestival.or.kr.

Magdalena Kozena’s Private Musicke: Mezzo soprano Magdalena Kozena will perform at the Seoul Arts Center Concert Hall on Nov. 19 at 8 p.m. Dubbed as the “First Lady of Classical Music” for her skillful vocals and her marriage to maestro Sir Simon Rattle, Kozena will perform a total of 18 pieces, including Vitali’s “O bei lumi,” Marini’s “Con le Stelle in Ciel” and Monteverdi’s “Si dolce e il tormento.” Kozena garnered international attention when she won the International Mozart Competition in 1995 and became a member of Vienna Volksoper. Tickets are priced between 50,000 won and 150,000 won. For more information, call (02) 599-5743. 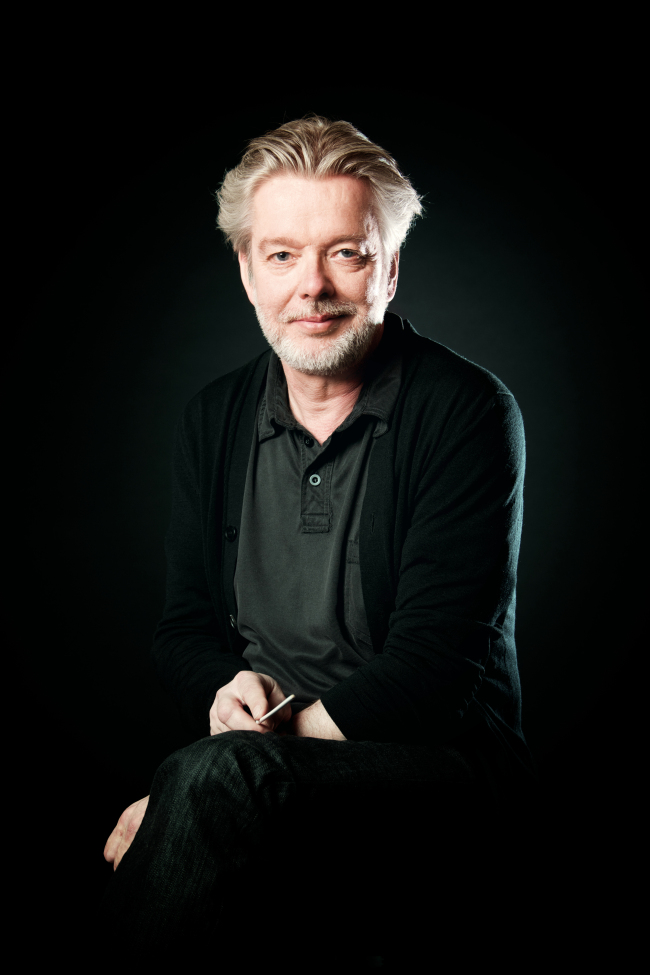 Jukka-Pekka Saraste will lead the Seoul Philharmonic Orchestra on Oct. 24 at Seoul Arts Center. (SPO)
“Jukka-Pekka Saraste Conducts Shostakovich: Masterpiece Series Ⅴ”: Noted conductor Jukka-Pekka Saraste will lead the Seoul Philharmonic Orchestra in the performance of Shostakovich’s Symphony No. 4, Tchaikovsky’s “Voyevoda Suite” and Berlioz’s “Romeo et Juliette” at Seoul Arts Center on Oct. 24 at 8 p.m. Saraste, who has already worked with the SPO in 2011, is currently the artistic advisor of the Lahti Symphony Orchestra. The conductor’s specialty is said to be in interpreting Scandinavian and Russian composers. Tickets are priced from 10,000 won to 60,000 won. For more information, call (02) 3700-6334.

“Rigoletto”: “Rigoletto,” one of the most popular operas by Italian opera master Verdi, will be staged at the Seoul Arts Center Opera Theater from Nov. 22 to 24, with a star-filled cast including George Gagnidze taking the title role of Rigoletto and Elena Mosuc as Gilda. This will be the first time both world-class singers perform in Korea. Stefan Pop, the “new Pavarotti,” will be appearing as Duke of Mantova. Internationally acclaimed Verdi specialist Bruno Aprea will participate as the conductor leading the Gyeonggi Philharmonic Orchestra and Mario De Carlo will direct the drama. The “dream team” performed at the La Scala in November last year. The opera portrays a tragedy among court jester Rigoletto, his daughter Gilda and playboy Duke of Mantoba. For more information, call (02) 542-0350.

“Lang Lang Piano Solo & Concerto”: Chinese piano sensation Lang Lang will be back on the Korean stage on Nov. 20 at the Seoul Arts Center Concert Hall at 8 p.m. He will be performing with the Suwon Philharmonic Orchestra led by maestro Kim Dae-jin in a program that includes Chopin’s Ballades Nos. 1-4 and Beethoven Piano Concerto No. 1 in C major Op. 15. Known for his flamboyant style yet impeccable technique, Lang Lang performed at the opening ceremony of the 2008 Beijing Olympics and many other internationally renowned stages and events. Tickets are priced between 60,000 won and 170,000 won. For more information, call (02) 541-3183.