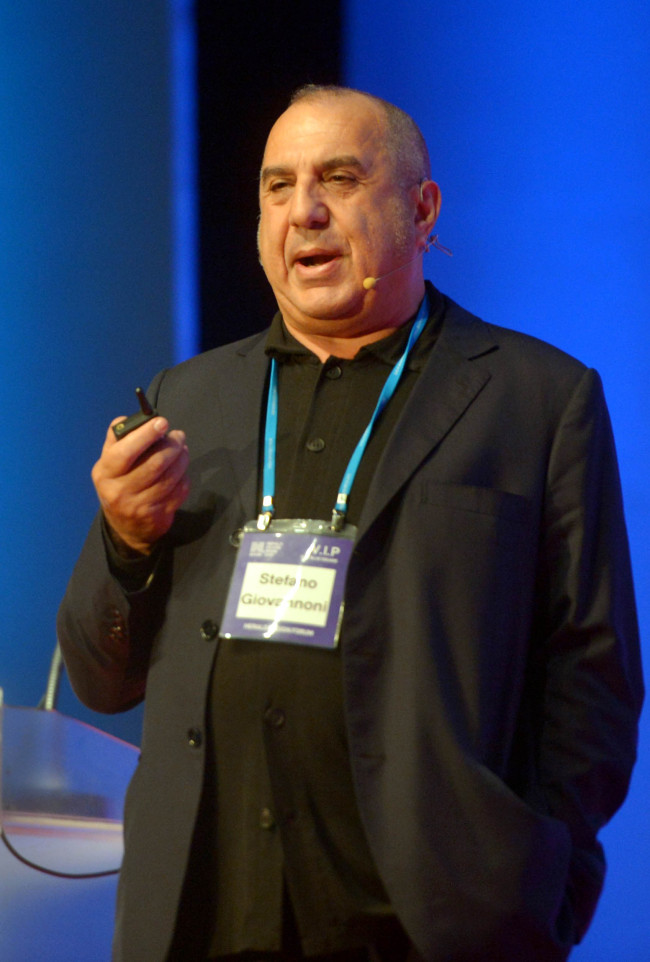 Architect and industrial designer Stefano Giovannoni speaks on the fundamentals of innovative design. (Kim Myung-sub/The Korea Herald)
To create innovative design in the fast-changing world, designers must understand fundamental characteristics of products or the nature of patterns in human lives that instantly capture the eyes and the minds of customers, designers said at the Herald Design Forum on Tuesday.

“Innovation is something that comes out from a complex view from our society ― which is very complex and changing rapidly,” he said. Giovannoni was one of two world-class designers who shared their views on designing brand identity at the second session of the forum.

A world-renowned architect and industrial designer who created some of the most successful design products in the world, Giovannoni has worked with several design product companies, including Alessi, Magis, Siemens and 3M as well as Korean companies such as electronic giants Samsung and LG. Recently, Giovannoni created an innovative smart box for Samsung-Google TV.

Giovannoni said previously that he embraced the largest range ― from ice cream to kitchenware, from bathroom to furniture, from electronics to automotive ― in regard to “the possibility of considering different languages of expression according to different targets or contexts.”

The Mami Allessi pots and cutlery series, and Bombo stool are the most famous creations by Giovannoni and have been sold around the world for many years.

Referring to Mami pots, the designer said it is important to think of a pure form that embodies the essential characteristics of the product.

“When designing this kind of product, I try not to design a new shape but to discover the archetype. I try to understand the memory related to the products and create one design for the pots but design the icon of pots,” he said.

At the Herald Design Forum, he presented a number of innovative designs that won international recognition as well as commercial success. The list of works also included Magis chair, Vanity and Boogie Woogie bookcase.

Asked by an audience member whether a design guru like him had to compromise with the company in the process of designing, Giovannoni said even a successful design should never stop conquering a new result.

“Your success does not compromise your vision because a creative person is someone who achieves a new result.” 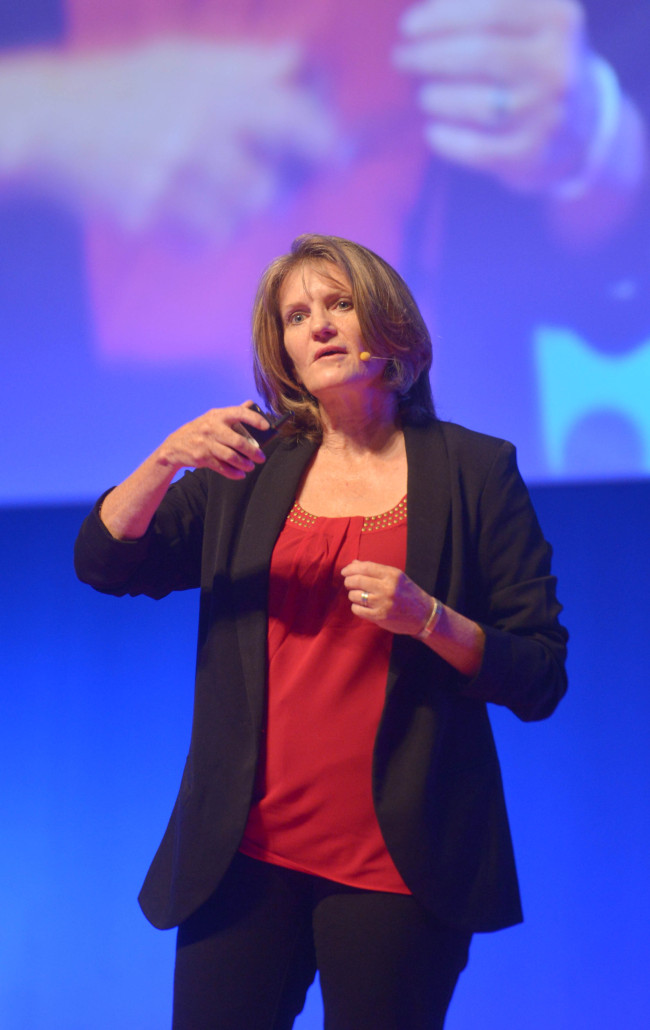 American designer Maggie Macnab talks about the incorporation of natural elements in design. (Kim Myung-sub/The Korea Herald)
American graphic designer Maggie Macnab, another lecturer invited for the session, stressed the importance of understanding the patterns of nature in the process of design to immediately provide message to the audience.

She has previously said “nature is our first language” and that applying the basic principle of form from nature creates a relationship with the audience. Macnab talked about the five basic shapes in the world which composes of the platonic solids as well as understanding mathematics from a geometrical point of view.

“The shapes I just showed in the patterns; they’re very self-explanatory in how they look,” she said.

“So I kind of get people to slow down a little bit. We live in a world right now where that is not encouraged,” she added.

Stressing that the design is “at the crux of everything human,” Macnab said design must contain simplicity with depth as well as elegance.

“I think all you can do is try to spread the word one by one, to get people to slow down a little bit, pay more attention to themselves, and the world around them and how they connect to it, and not be usurped,” she said.

“Don’t be usurped by all the glitter and flashing lights and all the distractions we have in today’s world.”

Macnab is also the author of two books: “Decoding Design: Understanding and Using Symbols in Visual Communication” and “Design by Nature: Using Universal Forms and Principles in Design (2011).” The two award-winning books have been translated into several languages.

Macnab has been committed to beautiful and functional design and to creative problem solving that is based in the practicality of nature.