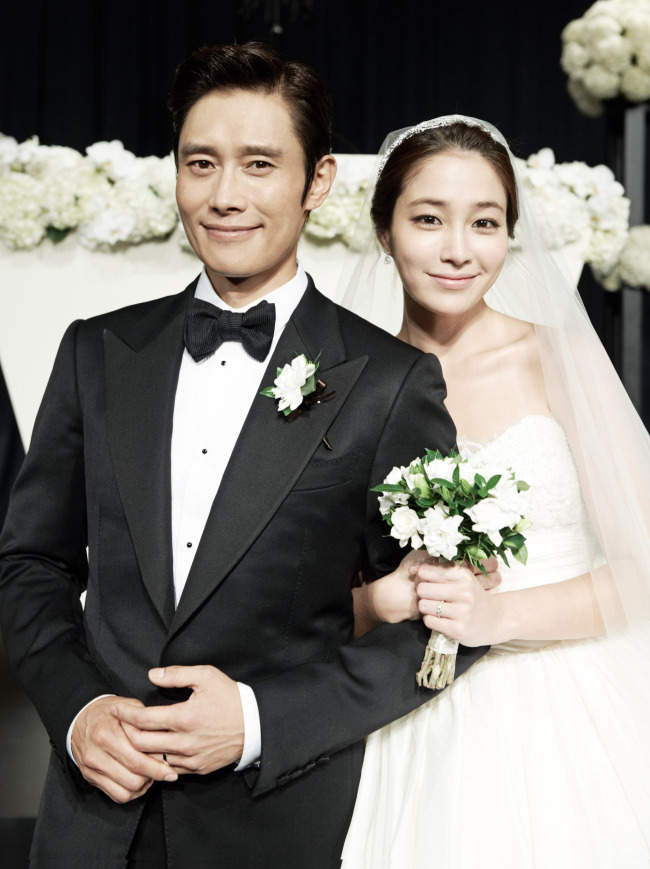 About 900 guests, mostly close friends and film industry figures, were in attendance including actor Jang Dong-gun and director Kim Ji-woon. Hundreds of fans from Japan and other countries also gathered to catch a glimpse of the stars at the lobby of the Grand Hyatt Hotel in Seoul, where the ceremony took place.

Ahead of the private wedding ceremony, the high-profile couple gave their thoughts at a press conference for some 100 local and foreign reporters. 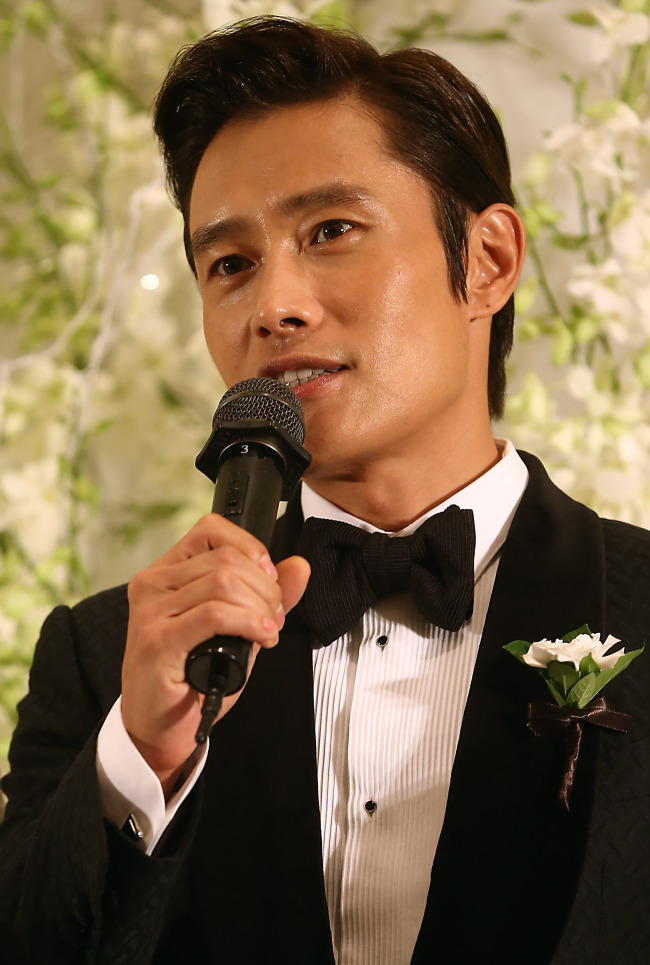 Lee Byung-hun (Yonhap News)
“I will live a full life every day and set happiness as the ultimate goal,” the 43-year-old groom said while holding the bride’s hand. “This is the beginning of the second chapter of my life. I can’t predict any upcoming events but I will appreciate life’s small joys.”

Hollywood celebrities such as Bruce Willis and Catherine Zeta-Jones who worked with the groom in blockbuster “Red 2,” which was released in mid-July, sent video messages to celebrate the wedding.

Lee is the first Asian to have his hand- and footprints in the forecourt of Grauman’s Chinese Theater in Hollywood, Los Angeles. 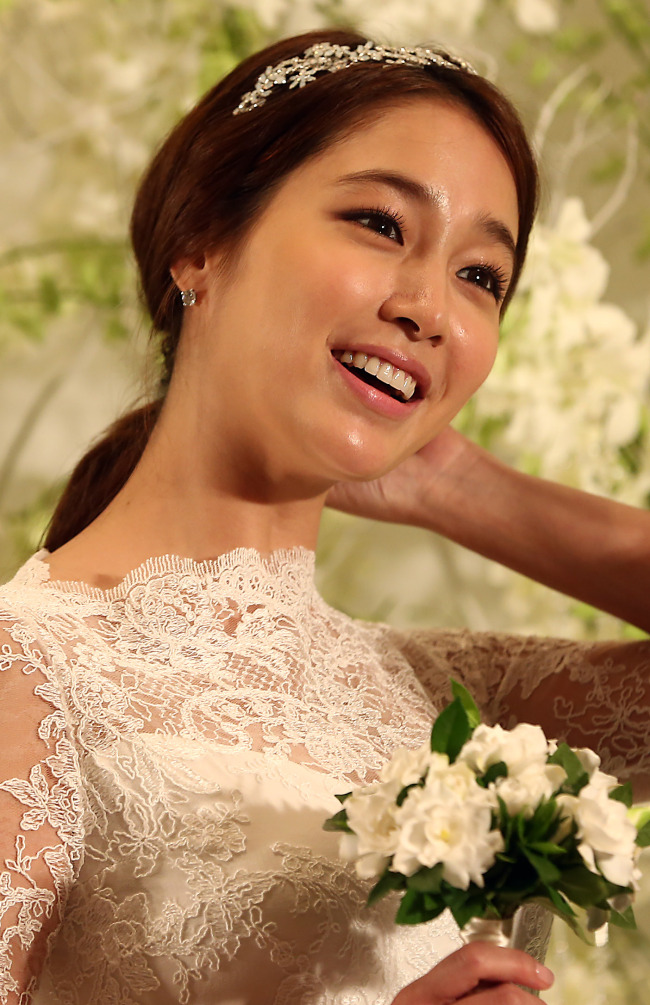 Lee Min-jung (Yonhap New)
The 31-year-old actress gained popularity from the drama “Boys Over Flowers” and the film “Wonderful Radio.” She recently acted as a politician in the romantic comedy drama “All About My Romance.”

The newlyweds set off for their honeymoon in the Maldives on Monday and set up home in Gwangju, Gyeonggi Province.