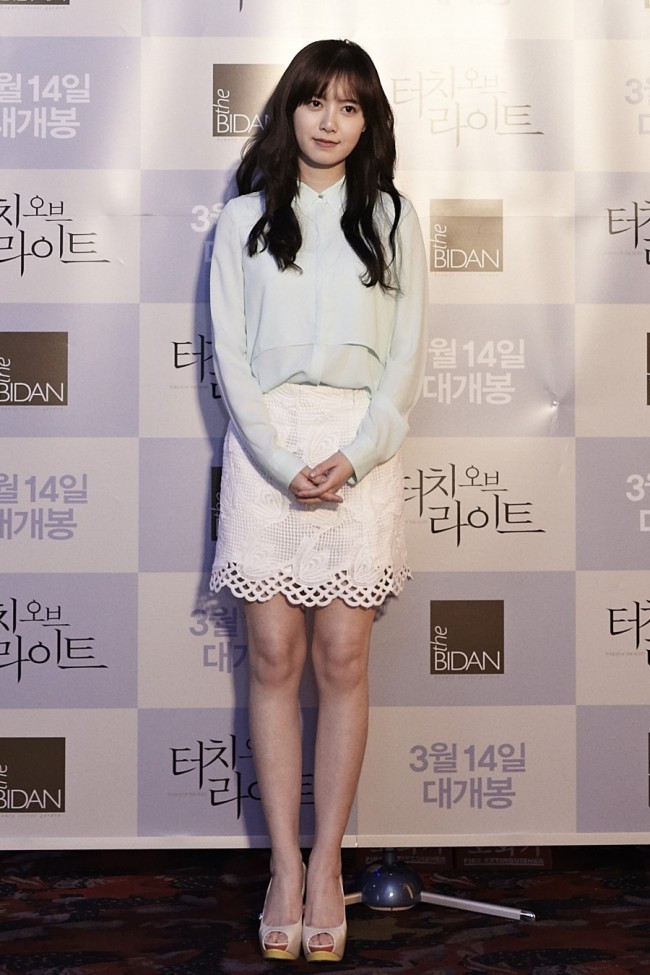 Ku Hye-sun
Popular actress, filmmaker, singer and artist Ku Hye-sun is to hold a solo art exhibition in Shanghai, according to her local agency YG Entertainment.

The upcoming exhibition, scheduled to be held at the Korean Cultural Service Shanghai from Aug. 17 to 31, will feature some 20 artworks by Ku. The 28-year-old’s works are said to explore the themes of nostalgia and memories.

On the opening day of the exhibition, Aug. 17, Ku will attend a special event where she will meet underprivileged children in China, as well as the country’s young artists, and with them create art under the theme “Love and Peace.”

Ku, who broke into the local entertainment industry in the early 2000s by posting pictures of herself online and achieving the status of an “eoljjang”― a term for those who become famous online for their good looks ― has appeared in numerous TV dramas including “Boys Over Flowers” and “Take Care of Us, Captain.”

She made her debut as a film director in 2009 with her first short, “The Madonna.” In the same year she published “Tango,” her semi-autobiographical novel, and held her first solo art exhibition.

Last month, she released her fourth self-composed single, “It’s You.”