Kang’s comments could revive talks on constitutional amendment, which have been on the backburner for some time.

“It would be right to make constitutional revision a public issue from early next year and to conclude the matter within the 19th National Assembly,” Kang said on Wednesday. 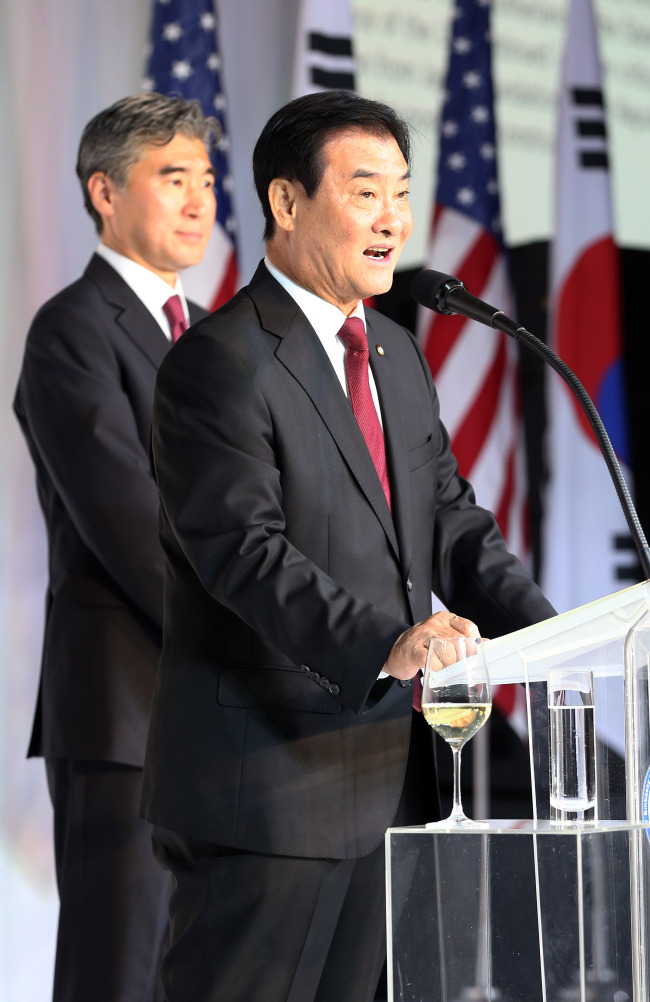 Kang Chang-hee. (Yonhap News)
Kang also said that Korean society has transformed completely since the current Constitution came into effect in 1987, adding that allowing the issue to fall off the radar would mean “missing the right time.”

“In revising the Constitution, all factions should participate with their sights not only on the power structure but on Korea’s future for the next 100 years.”

Constitutional amendment was a campaign issue during last year’s presidential election. More than 100 lawmakers formed a group to discuss the matter earlier this year, but a parliamentary committee has not yet materialized.

Key to constitutional revision is allowing presidents to serve two terms. Both President Park Geun-hye and Rep. Moon Jae-in of the Democratic Party had supported the idea during their campaigns last year.

At the time, Park said that she would push ahead with the revision with public agreement, and that allowing two four-year terms would contribute to “policy continuance and preventing corruption.”

Moon, who ran for the presidency against Park, took the position that allowing two terms and diluting the president’s authority would be desirable.

The president, however, has since expressed caution out of concern for other outstanding issues. In April, Park said that discussing the revision could become a “black hole” that drags resources away from social and inter-Korean issues.

With regards to the number of presidential terms, Korea’s Constitution has been changed on a number of occasions.

In 1972, late President Park Chung-hee introduced the Yushin Constitution, which enabled him to remain in office for an extended period of time. The Constitution was changed again during President Chun Doo-hwan’s term in the 1980s making the term seven years, and then again to a single, five-year term.