It is becoming increasingly clear that the former president of the state-run Korea Hydro and Nuclear Power was also at the center of a corruption scandal and safety blunders that tarnished the atomic power sector.

The Busan District Prosecutor’s Office arrested him Sunday over an allegation that he took more than 100 million won ($86,800) in cash from a contractor in exchange for business favors. 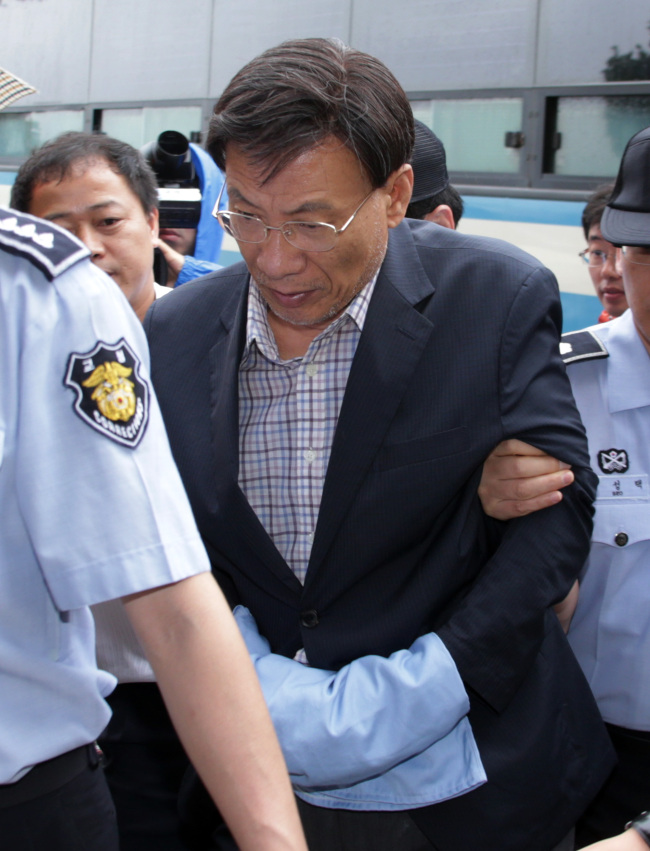 Kim Jong-shin
Kim served as chief of the nuclear plant operator for five years, from April 2007 to May 2012.

It was arguably the best time for the industry and the engineer-turned-CEO.

Four years ago, a Korean consortium headed by Korea Electric Power, a parent company of KHNP, won the landmark deal with the UAE which set a milestone for Korea’s ambition to expand the export of homegrown nuclear power technology.

Kim also became a board director at the World Nuclear Association, an international body that promotes nuclear power and supports industries worldwide.

The former CEO had allegedly accepted bribes from the sub-contractor, identified only as H, to renew contracts with the company for the last 12 years. Kim is also suspected of exercising his power to help the contractor win bids to export parts to a planned nuclear plant in the UAE.

The prosecution said they secured evidence to prove Kim’s wrongdoing during a recent raid of KHNP’s headquarters and other offices.

The actions of officials in the nuclear industry put the nation at risk of nuclear hazard as they were found to have falsified test certificates for parts and materials used in reactors, according to authorities.

Questions remain on how far the vicious chain of corruption could damage the nation’s competitiveness and brand-power in the nuclear power market. The country currently plans to join other bids in Finland and Saudi Arabia.