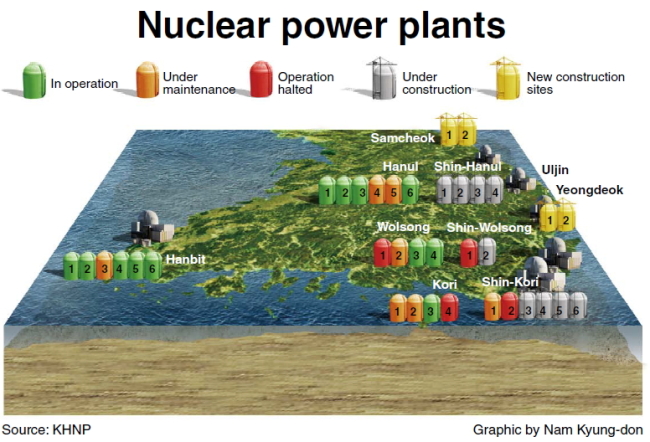 According to the Korea Hydro & Nuclear Power, only 12 out of the 23 reactors are in operation. With the shutdown of two more reactors, the number of halted reactors increased to 10. They have been suspended mainly for maintenance.

This is why Koreans are faced with fears of a power shortage in this summer. The lost power supply of 2 million KW translates to 80 percent of Busan’s average energy consumption in a year, leading to an increased risk of a blackout during the peak power season.

Experts say emergency measures are needed to avoid a blackout in the summer.