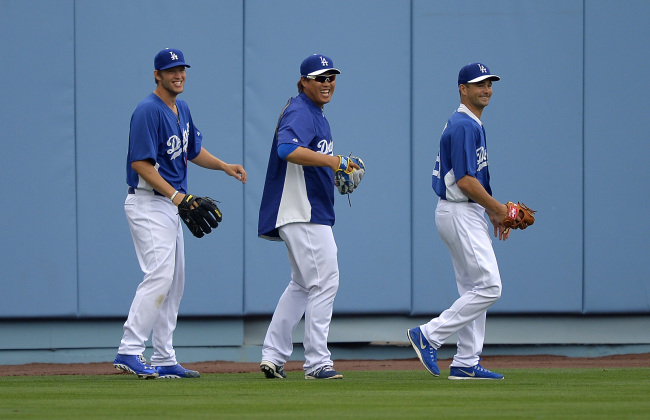 The young shortstop homered twice and drove in a career-high four runs on Monday night, leading the Atlanta Braves to a 7-4 victory that ended the Cincinnati Reds’ winning streak at three games.

The Braves won at a place where they’ve had little success lately. They were 0-4 at Great American Ball Park last year and 14-25 overall since it opened for the 2003 season. 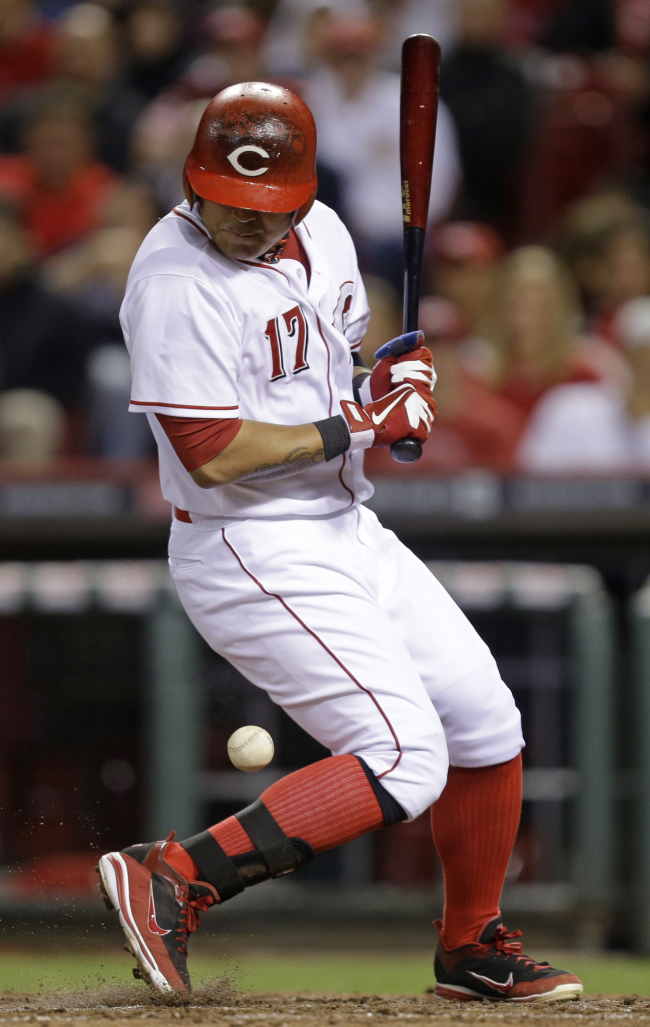 Cincinnati Reds outfielder Choo Shin-soo is hit by a pitch in the fifth inning on Monday.(AP-Yonhap News) 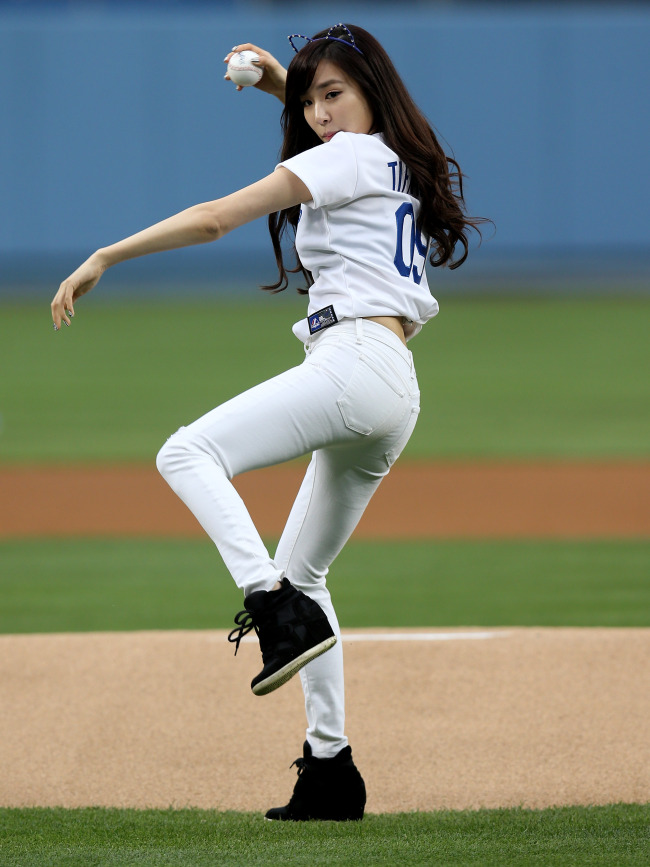 Girls’ Generation member Tiffany throws out the first pitch before the Dodgers’ game in Los Angeles on Monday. (AFP-Yonhap News)
Simmons led the way on offense, something he hasn’t had to do very often. The first multihomer game of his career allowed the Braves to get ahead and pull away.

“When all is said and done after this year, we’re going to be talking about him as one of the best shortstops in baseball,” catcher Brian McCann said.

Simmons worked on his swing when Saturday’s game against the Mets was rained out, trying to keep his bat back a little longer so he could generate more power. The work is quickly paying off.

“That rainout really helped,” said Simmons, who has four homers. “I feel like I’m where I want to be right now.”