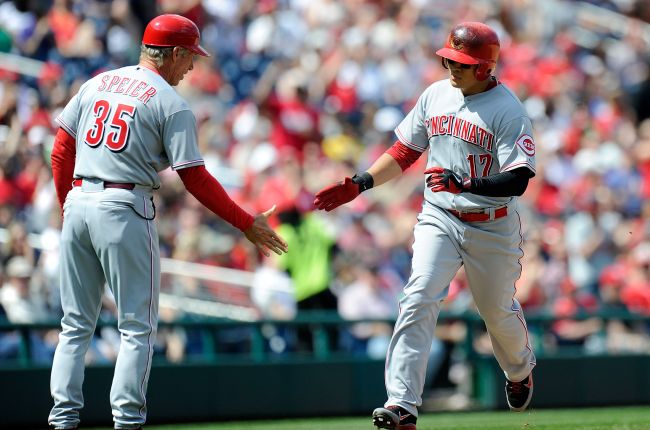 Saturday against Cincinnati, it was his fielding that stole the show.

Span made pair of impressive catches to halt Reds rallies, Bryce Harper hit a two-run homer and scored twice, and Dan Haren had his best start of the young season as the Nationals beat the Cincinnati Reds 6-3.

Span and Jayson Werth each had two hits for Washington, which has won the first three games of the four-game set. Harper’s two RBIs gave him 18, a Nationals record for April.