Jay Bruce hit a tying double and scored on Cesar Izturis’ two-out single in the 13th inning Monday night, rallying Cincinnati to a 5-4 victory that gave the Cubs their fourth straight loss.

The Reds used seven pitchers, 11 position players and one pinch hitter during their latest overtime win, this one lasting 4 hours, 35 minutes.

“I’m worn out from thinking ― double-switching, trying to keep the pitchers in as long as we could,” Baker said. “That was a good one to win ― a great one. That’s one of the best comebacks I’ve seen.” 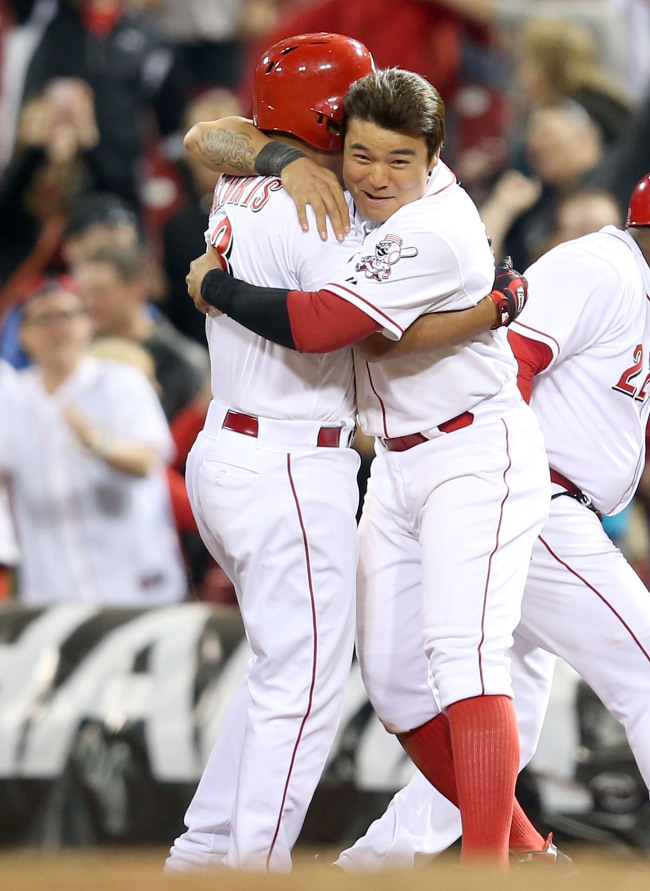 Luis Valbuena hit a two-run homer in the top of the 13th off Alfredo Simon (2-1) for a 4-2 Cubs lead. But like so many other times this season, Chicago couldn’t pull out a close game.

Michael Bowden (0-1) gave up a single by Xavier Paul, Brandon Phillips’ double and Bruce’s two-run double that tied it. Bruce moved up to third on Todd Frazier’s groundout.

Izturis then lined a single past diving shortstop Starlin Castro, sending the Reds to their seventh victory in eight games on their homestand.

Long games are the norm in Cincinnati, where the Reds have gone extra innings four times and had another game suspended overnight because of rain. They’ve played 13 innings three times.