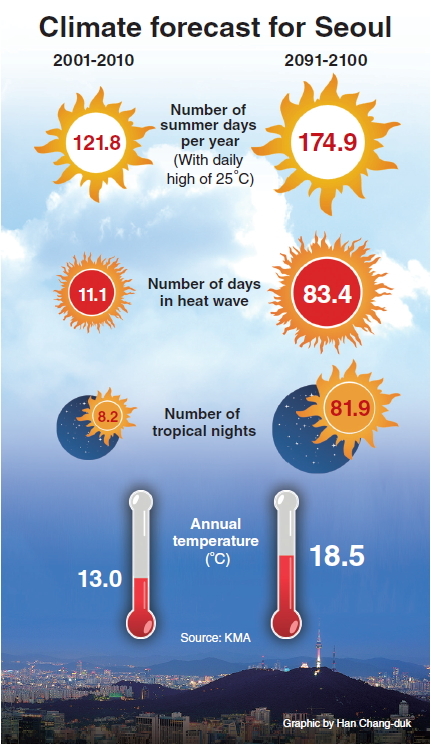 (Graphic by Han Chang-duk)
Seoulites may spend more than half the year sweating in the summer heat during the last decade of this century, according to a forecast by the Korea Meteorological Administration, the nation’s weather agency.

A recent KMA report forecast that the summer would last 174.9 days a year from 2091-2100 in the absence of action to reduce greenhouse gases.

Summer days are defined as such when the daily high temperature reaches 25 degrees Celsius or above.

The number of days with excessively hot weather will also increase from the current 11 days to 83.4 days with tropical nights lasting for 81.9 days, almost 20 times longer than today.