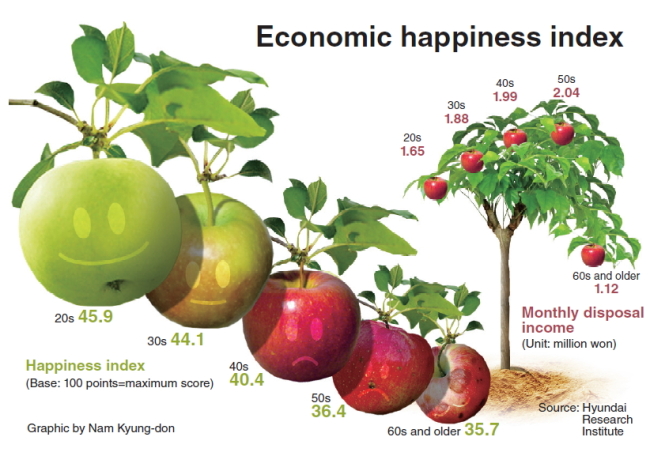 Dogged by job in security and retirement plans, Koreans in their 50s and 60s are less satisfied with their financial situation than younger people, a study showed Monday.

The index turned out to be inversely proportional to age in general, with people in their 60s having the lowest, least stable income concentrated on food expenses.