Derided by critics as “the department store of corruption,” the retired general became the biggest obstacle for the launch of the Park Geun-hye government that is already behind schedule.

The main opposition Democratic United Party categorized Kim as “unfit” almost immediately after his nomination on Feb. 13 and has refused to even open Kim’s confirmation hearing. 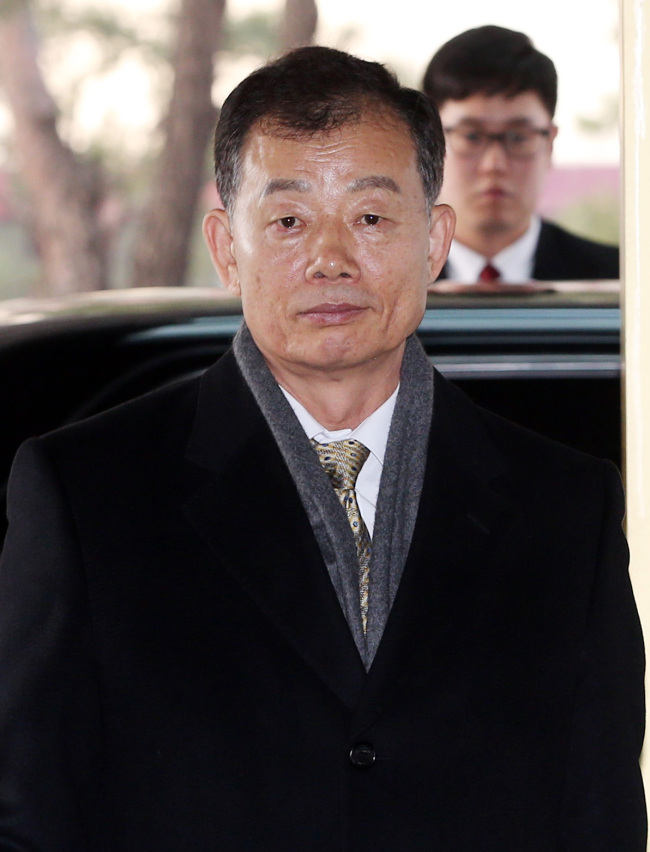 Kim Byung-kwan
The DUP charged that his appointment as defense minister would be an insult for the nation and that withdrawal was the only way for him to “maintain the least amount of honor.”

The ruling Saenuri Party, for its part, struck back at the DUP saying that holding back the hearing was a dereliction of duty.

Allegations of wrongdoings range from the usual false change of address and evading taxes incurred in transferring assets to his children to lobbying for military contracts.

After retiring from the Army, Kim worked for an arms trading firm from 2010 to 2012, during which time he is suspected of having used his connections to facilitate the selection of German parts for the Korean military’s K-2 tank. The fact that the company’s CEO had a record of illegal dealings with regards to military contracts has added to the suspicions of wrongdoing.

The retired general is also suspected of lobbying to win a 27 billion won military contract for a cement maker, where he worked as an advisor for a time.

While he was serving as the commander of the 2nd Infantry Division, he was cautioned for reducing the penalty given to an officer for taking bribes, and he had kept official funds in his personal bank account.

In addition to the list of alleged misdeeds common in parliamentary hearings, Kim has been accused of some unusual activities.

In 2005, Kim openly stated that he was a member of a pseudo religious group, and is reported to have forced his subordinates to practice an exercise developed by the group.