A lower court sentenced his brother Lee Sang-deuk, 72, a former Saenuri Party lawmaker, to two years in prison and fined him 750 million won ($702,000). He was arrested in 2012 for allegedly receiving hundreds of millions of won from two financial institutions and a business group from 2007 to 2011. 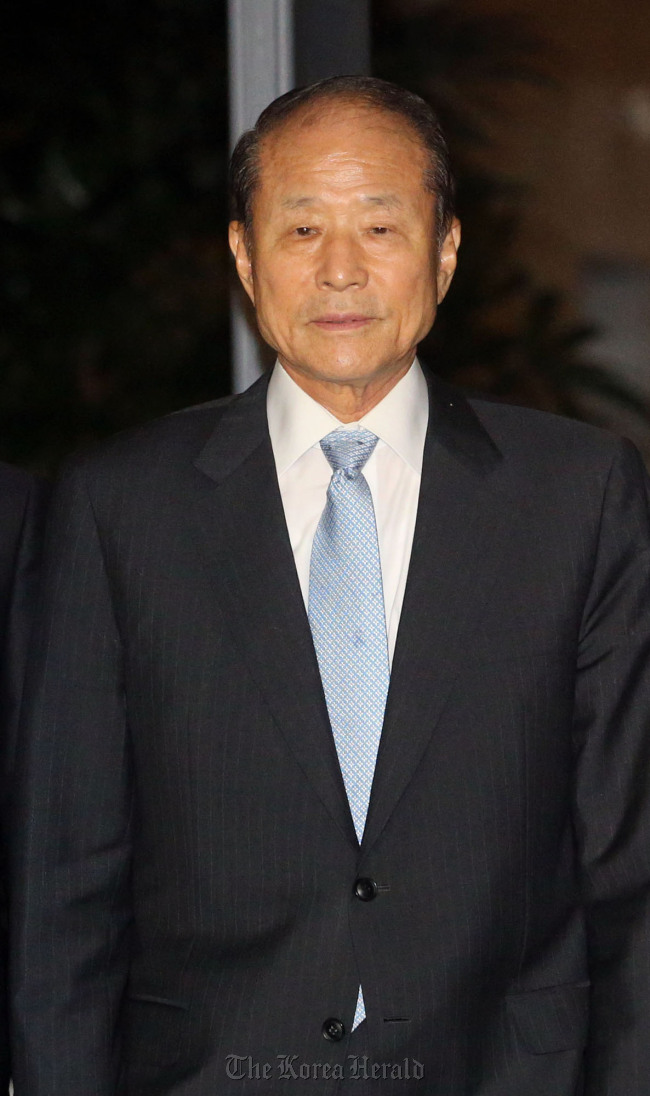 Lee Sang-deuk
The banks were at risk of being shut down by financial regulators due to capital shortages and making unsubstantiated loans.

Chung Doo-un, Saenuri lawmaker and the president’s long-time confidant, was detained at court after the court sentenced him to one year in prison.

He was accused of receiving bribes from the savings bank and also for transporting the bribes to the elder Lee. Chung must also pay a forfeiture of 140 million won.

President Lee, who earned the nickname “bulldozer” as head of Hyundai Engineering and Construction, had a soft spot for his older brother. In his autobiography, President Lee described the elder Lee, 78, as someone whom he “feared” and “admired” at the same time.

Indeed, over the past five years, the elder Lee was frequently described by pundits as the “Regent King,” for the supposed supreme influence he yielded over the president. President Lee is reportedly considering granting special pardons to his older brother and other close confidants in jail, against opposition from within his own party.

Speculation spurred that President Lee would grant a special pardon to his older brother during the Lunar New Year’s Day in early February following rumors that Lee’s defense lawyers would not appeal the verdict.

South Korean presidents have traditionally granted pardons on national holidays, but by law, the pardons can only be granted to those whose verdict is finalized and not to those in the process of appeal.

Other close confidants of President Lee who have been awaiting trial, such as Choi See-choong who is often described as the president’s mentor, have also foregone the appeals process reportedly in the hopes of winning a pardon.

Criticism against the presumed special pardons have mounted within the ruling Saenuri Party since Cheong Wa Dae officials confirmed that the president was considering granting pardons to members of his inner-circle who were in jail for corruption.

“While the presidential pardon is a constitutional right of the president, it must be exercised in accordance with the common sensibility of the people,” said Lee Hye-hoon, a close aid to President-elect Park, adding that the planned pardons would be “running against common sense.”