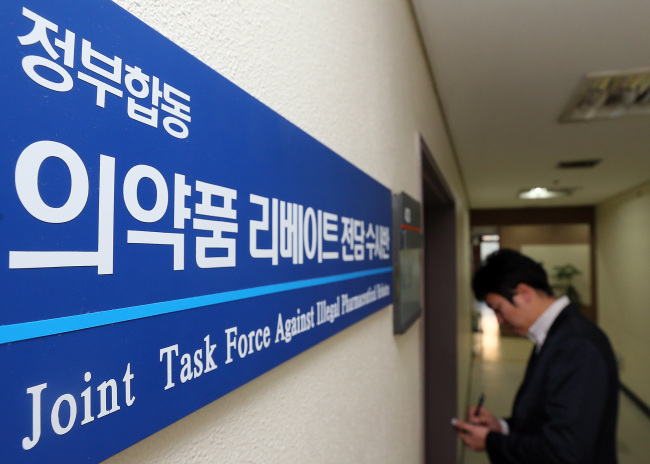 The office of the investigation team looking into pharmaceutical industry bribery in the Central District Prosecutors’ Office in Seoul. (Yonhap News)
The police were able to obtain evidence for the rebates by tracingthe company credit card.

CJ CheilJedang is not the only pharmaceutical company to be accused of engaging in illegal kickbacks.

Earlier this month, several former and incumbent executives at Donga Pharmaceutical Co., the nation’s largest drug manufacturer, were indicted by the prosecution on charges of offering rebates worth 4.8 billion won to doctors and hospital officials over the past several years.

Government investigations into the rebate practice intensified last year, as the long-running practice is known to drive up costs for patients and limit treatment options.

The Korea Medical Clinic Association, an organization of doctors, has called the government investigation “a conspiracy to make criminals out of doctors” in a press statement made available on its website.