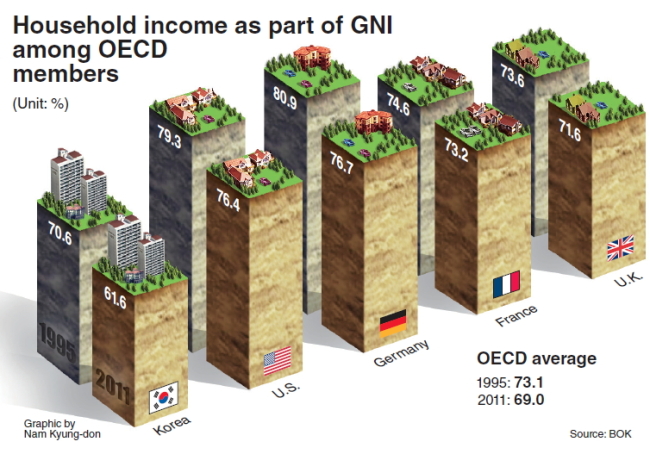 Growing gross national income, has not led to equal growth in household income, according to the Bank of Korea.

The effect is particularly strong in economically polarized countries such as Korea that depend on corporate growth to boost the economy.

Research released Monday by the BOK reveals that Korea’s average household income is falling in relation to GNI, indicating that the financial situation of ordinary families is falling behind that of the national economy.

Between 1995 and 2011, household income as a percentage of GNI fell 8.9 percentage points, from 70.6 percent to 61.6 percent. This reduction was twice the average of the member countries of the Organization for Economic Cooperation and Development over the same period.

BOK officials attributed the decline to the increase in household debt.

They said that corporate growth has not led to corresponding pay increases and job creation.