The prosecution is reviewing summoning Chung for interrogation on whether he ordered Shinsegae affiliates to charge cheaper sales commissions on his sister’s bakery business.

The Fair Trade Commission in October slapped Shinsegae with fines of over 4 billion won for “unfair backing” of Shinsegae SVN. The antitrust watchdog said it had circumstantial evidence that Chung was involved in applying a much lower commission rate for his sister’s company. 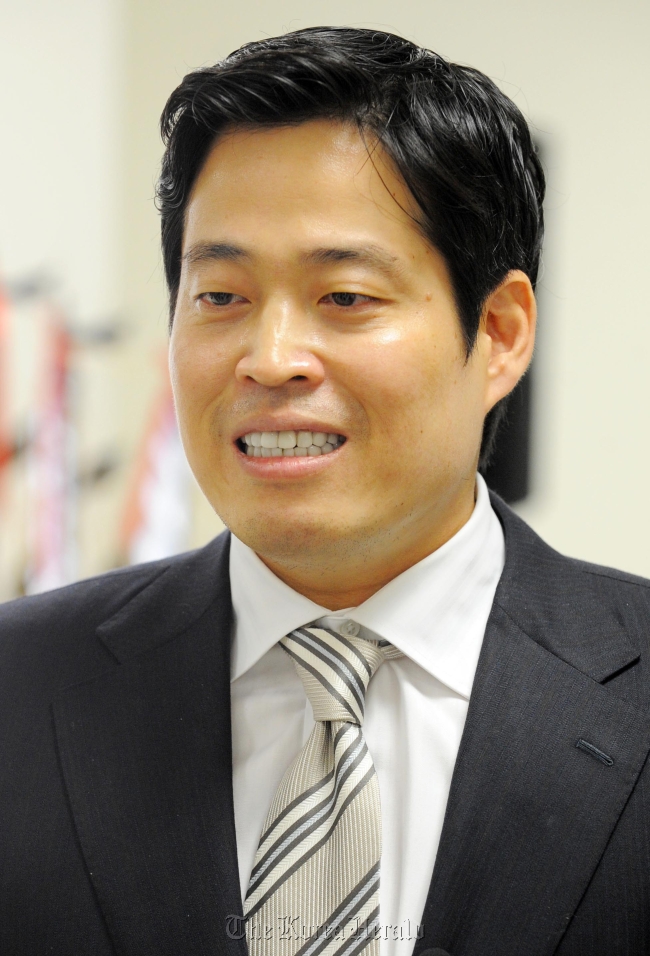 Chung Yong-jin
Later that month, civic group Solidarity for Economic Reform filed a complaint with the prosecution against the Shinsegae management, accusing them of a breach of trust for giving preferential treatment to Shinsegae SVN.

“Charging significantly lower commissions on a family-owned company, knowing that this would be against the interests of Shinsegae Department Store and E-mart, is not only a violation of the fair trade law, but can also be subject to criminal charges,” said an official at Solidarity for Economic Reform.

“There is also a possibility that the unfair support, which led to major sales increases for Shinsegae SVN, could have been used for the chaebol’s expedient transfer of wealth to Chung Yu-kyung.”

Amid heated political calls ahead of the Dec. 19 presidential election for stricter scrutiny on chaebol to give more of a chance to small businesses, the prosecution immediately launched an intense investigation. It raided Shinsegae offices to seize evidence in November and questioned former and incumbent presidents of E-mart.

Chung Yu-kyung sold off her 40-percent stake in Shinsegae SVN in late December.

The FTC disclosed notes by Shinsegae management indicating the conglomerate’s decision to support the unlisted bakery firm as it struggled from 2009.

On Wednesday, a day after news reports that the prosecution was planning to summon Chung Yong-jin, the SNS-savvy vice chairman emphasized corporate social responsibility in a workshop with executives.

“Through responsible management, we must become a company loved and admired by customers and society.”

For every major project, Shinsegae Group vowed to review its economic and social impact and go through discussions on CSR.

In addition to full compliance with fair trade rules when trading among affiliates, Shinsegae said it will consider offering sales space within its shopping facilities to merchants in the neighborhood and train their children to be professional chefs, bakers and baristas.