On Tuesday, the 72-year-old poet shocked the public further when he bashed Moon Jae-in and Ahn Cheol-soo during an interview with a local radio station. Not mincing his words, Kim said Moon’s performance as a presidential candidate was “dreadful,” claiming the election campaign was “all about former presidents Roh Moo-hyun and Kim Dae-jung” and had no solid pledge. The poet also called Ahn “empty-headed” adding, “He’d talk and talk everyday (during the campaign), but everything he said had no substance.” 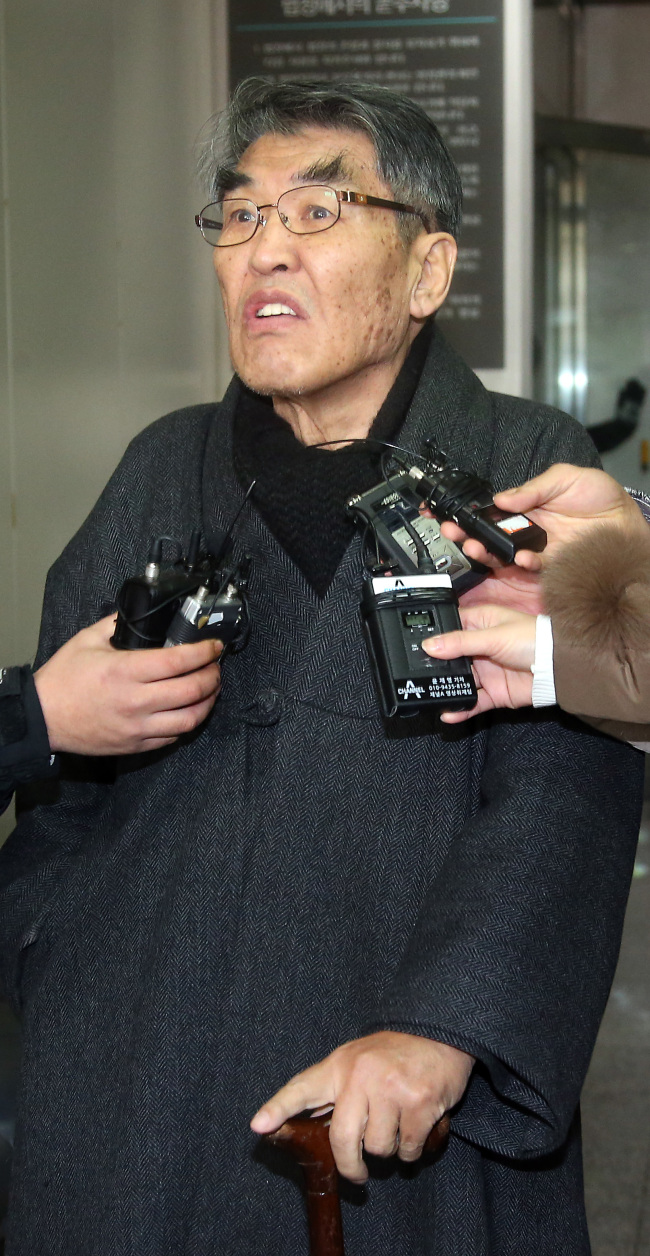 Kim Ji-ha
The poet, who was imprisoned several times and received the death sentence for his politically-resistant literary works and anti-government activities during former President Park’s regime, announced his support for then-candidate Park Geun-hye of the ruling Saenuri party in November of last year. Claiming that time was ripe for a woman’s leadership, Kim threw his weight behind his former tormentor’s daughter. The announcement caused much shock in the liberal opposition bloc, as Kim had been critical of former President Park’s dictatorship throughout his literary career.

Raising a fierce voice against authoritarian rule, Kim was imprisoned after the publication of “Five Thieves,” a collection of poems that openly criticized corrupt politicians and government officials.

On the radio show, Kim also said he agrees with a controversial remark made by Park Geun-hye’s chief spokesperson Yoon Chang-jung. Yoon, a former conservative columnist, received much public criticism after calling the 48 percent of the voters who supported for Moon “a group that is against this country.”

“(The 48 percent of the voters) are becoming communist because they are following the communist forces,” Kim said.