[ The Korea Herald – Send E-mail ]
[Newsmaker] 'Not great' time for N.K. troubleshooter
By Shin Hyon-hee
Published : Jan 7, 2013 - 20:38
Updated : Jan 7, 2013 - 20:55
Despite Washington’s discomfort with the timing, Bill Richardson may end up playing troubleshooter for yet another American detainee in North Korea when the former New Mexico governor wraps up his trip to the communist country later this week.

This time, he is bringing an even bigger carrot: Google Inc. chairman Eric Schmidt, an apostle of global Internet freedom and its role in lifting people out of poverty and persecution. In the North, precious few of the elite are granted access to the Web.

The pair arrived in Pyongyang late Monday, along with Kun “Tony” Namkung, a Korea expert and Richardson confidant, and Jared Cohen, director of Google Ideas, the search giant’s think tank. 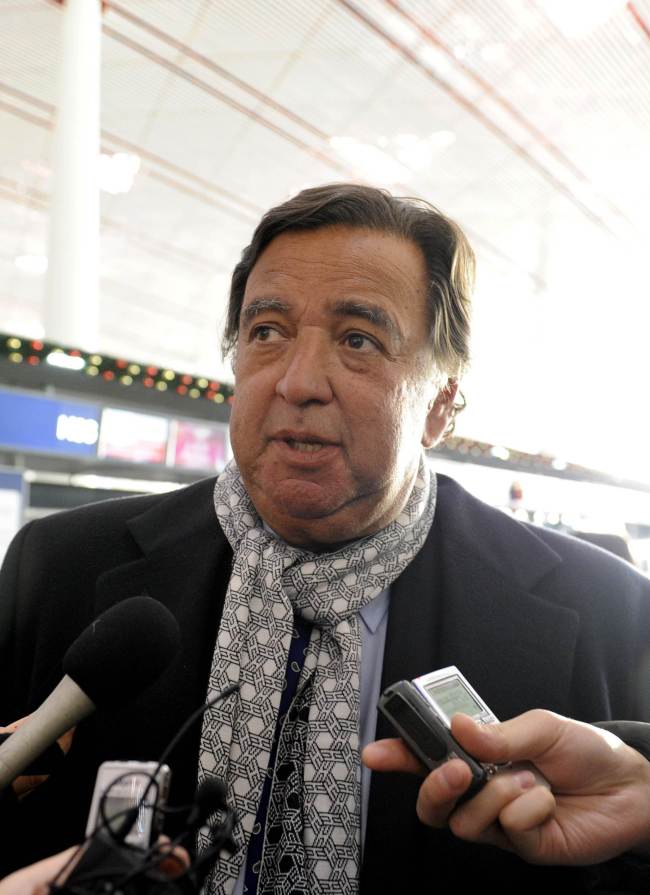 Former New Mexico Governor Bill Richardson speaks to journalists at Beijing International airport on Monday before leaving for North Korea. (AFP-Yonhap News)
Richardson, also a former U.S. ambassador to the United Nations, hinted that the “private humanitarian mission” is aimed at negotiating the release of a U.S. citizen of Korean descent. Kenneth Bae was arrested in November on charges of perpetrating a “crime against the state.”

The Department of State has voiced concerns about the “not great” timing of his visit. The U.S. and its allies are pushing for new sanctions to punish Pyongyang’s successful launch of a long-range rocket on Dec. 12, a breach of U.N. Security Council resolutions.

Richardson has come through for Washington at crucial moments. He has been to the North at least six times since 1994, involved twice in negotiating the freedom of U.S. detainees.

His last trip was in 2010 when he met with its chief nuclear negotiator in the wake of the regime’s shelling of a South Korean border island in the West Sea.

Pyongyang has handed over captives in the past to high-profile visitors from the U.S. It let go two journalists in 2009 when former President Bill Clinton came and met with then leader Kim Jong-il.

Richardson was skeptical about a possible meeting with new ruler Kim Jong-un this week, but expected talks with a slew of senior North Korean officials from the foreign and economic ministries and the military.

While acknowledging tension, the veteran negotiator dismissed the State Department’s concerns, saying the trip had already been delayed once at its request.

“We will make an assessment and see what comes of our visit. I think it will be positive,” Richardson said in an interview with CNN last week.