[ The Korea Herald – Send E-mail ]
[Newsmaker] Chavez to take office without taking oath
By Korea Herald
Published : Jan 6, 2013 - 19:14
Updated : Jan 6, 2013 - 19:14
Hugo Chavez may not be capable of participating in his own swearing in ceremony on Jan. 10, but he will start an unprecedented third term as the democratically elected president of Venezuela. He has been president since his election in 1998.

Chavez supporters say the inauguration date is not set in stone, and argue that the president should be given more time to recover from surgery.

Chavez, 58, has not been seen in public since arriving in Cuba for his fourth cancer operation on Dec. 11, which has fueled speculation that his health is much worse than the government is letting on. 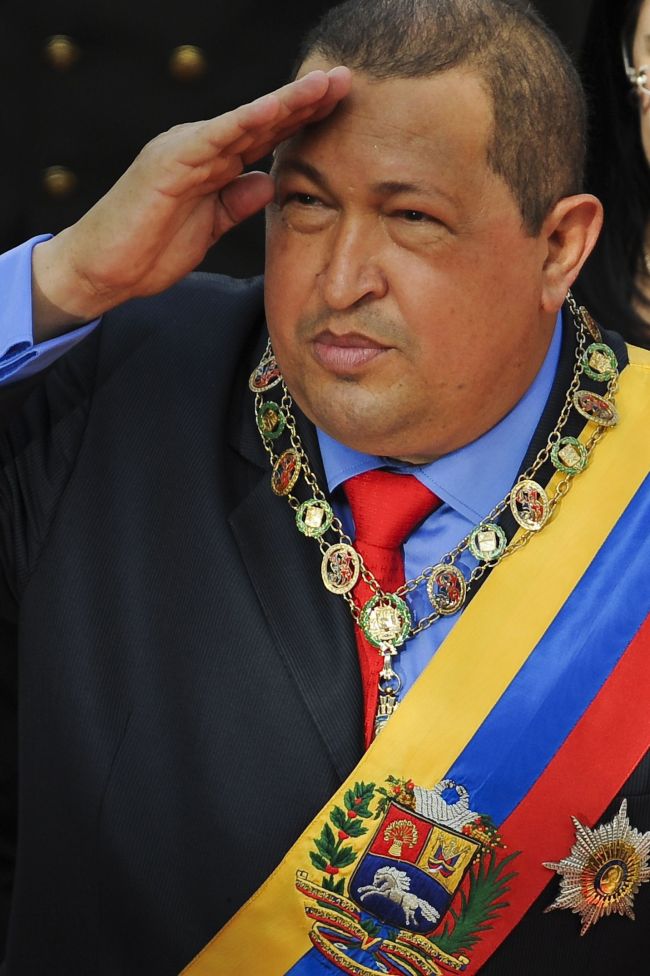 Hugo Chavez
The opposition insists that if he cannot make the Jan. 10 inauguration, he forfeits the presidency. Many in the opposition are calling for a snap poll to elect a new president.

Vice President Nicolas Maduro said Chavez is “fighting for his health” after cancer surgery in Cuba, and slammed the opposition for trying to take advantage of the situation and steal power.

Chavez has undergone four cancer-related surgeries since June 2011 for an undisclosed type of pelvic cancer. Chavez said before the most recent operation that if his illness prevents him from remaining president, Maduro should be his party’s candidate to replace him in a new election.

Last week, Maduro, National Assembly President Diosdado Cabello and Chavez’s elder brother Adan joined a parade of visitors who saw the sickly chief executive in Havana and then returned to Caracas on Jan. 3.

The Venezuelan constitution says that if a president or president-elect is unable to continue in office, presidential powers should be held temporarily by the president of the national assembly and a new election be held within 30 days.

Other Chavez supporters say they are unsure what to believe about his condition and expressed misgivings about the president’s lieutenants, according to some press reports.

“He’s the only leader of the revolution,” said a leader of a grass-roots pro-Chavez group. “We cannot imagine life without him.”