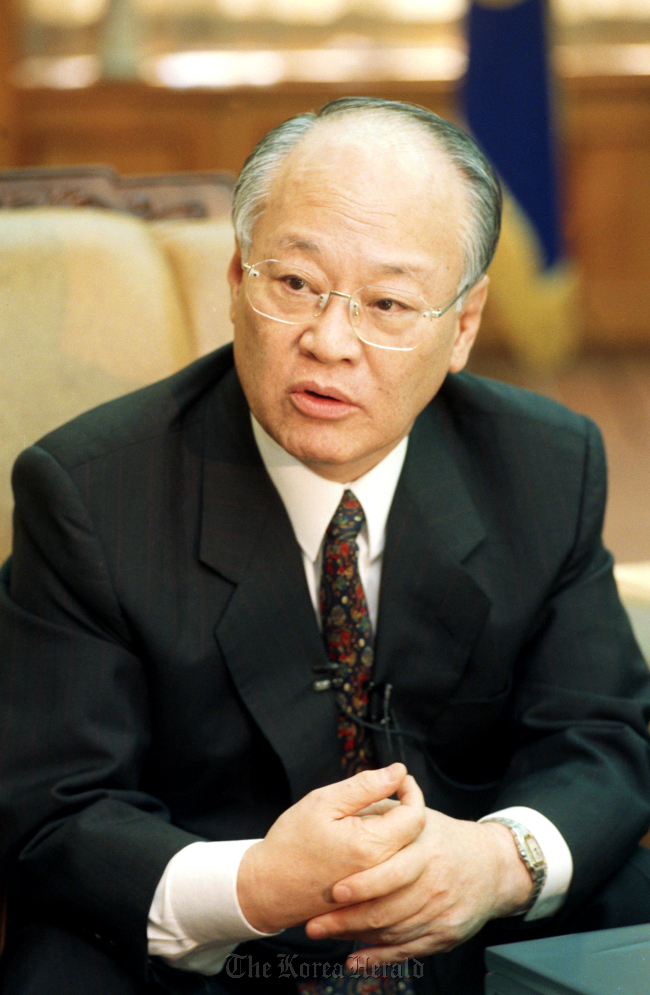 Kim Yong-joon
“I highly respect this person, who incarnates the Saenuri Party’s cherished values, law and principles, and the constitutional spirit.”

So said Park Geun-hye in October when she appointed former Constitutional Court president Kim Yong-joon co-chair of her campaign committee.

The former top judge proved her assessment right, exerting a calm and credible leadership within the election committee dogged by conflicts over key policies and verbal gaffes against liberal foes.

Named the chief of Park’s presidential transition team, Kim now has a new mission of laying the groundwork for the next government.

The president-elect’s top agenda includes draining the extreme partisanship, violence and ideological confrontation from politics, and bringing to its center fairness, ethics, rational debate and reconciliation among differing opinions, regions and generations.

Kim is symbolic of what is termed the “new politics.”

Kim’s professional track record falls in line with Park’s philosophy of following strong moral principles, which she has emphasized throughout her political career.

When he was 3 years old, he contracted polio that left him disabled, but went on to have a successful career. In 1960, he became the country’s youngest judge. In 1988, he became a justice of the Supreme Court, and from 1994 to 2000 he served as the president of the Constitutional Court.

While Kim’s center-right political stance is similar to that of Park, he has a history of passing politically unbiased rulings, even during the authoritarian administration of her father Park Chung-hee.

In 1963, Kim ruled against the detention of former Army Chief of Staff Song Yo-chan who had been under arrest for opposing Park Chung-hee running for president that year.