At the time, Korail was suffering from public condemnation after a series of frequent breakdowns and delayed schedules of the nation’s KTX bullet trains.

Korail explained that it had cited official data from the International Union of Railways, or UIC, and then the agency was designated as one of the best state-owned companies of the year. 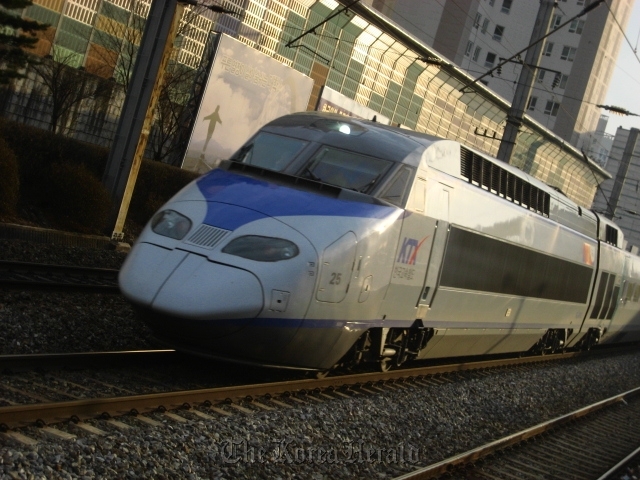 The Ministry of Land, Transport and Maritime Affairs, however, recently reinvestigated the claim and found some data had been overstated “deliberately.”

The on-time operation, which is claimed to be the world’s No. 1, was also based on a comparison with only five countries, the ministry found.

Citing data from the European Railway Agency, the ministry said Korea’s railway operation would stand at No. 5 in safety and 14th in casualties if compared to 27 EU countries.

Korail, however, refuted the findings strongly, saying the omitted figures had not been required by UIC for collection.

“The ministry is just trying to hurt our reputation as it is continuing to conflict with us on the privatization of KTX operation,” said a Korail official.