Since her debut in 2000, actress Son Ye-jin’s forte has been romantic dramas.

Though she’s done a few comedies (“The Art of Seduction,” “My Wife Got Married”) and a thriller (“White Night”), some of her most memorable roles are still the beautiful-yet-tragic heroines of her box-office-hit tearjerkers.

She was the innocent high-school girl whose first love is destroyed by war in her 2003 film “Classic.” In her 2004 tearjerker “A Moment to Remember,” she played a young, happily married wife who gets Alzheimer’s disease and begins to lose all her memories.

“I think most people remember what they want to remember,” said the actress during an interview with The Korea Herald. “I know those are the roles that I’m being remembered for the most. But I’ve done a little bit of everything; some of my roles were mysterious, while the others were ridiculous and funny. And I will continue playing different roles.” 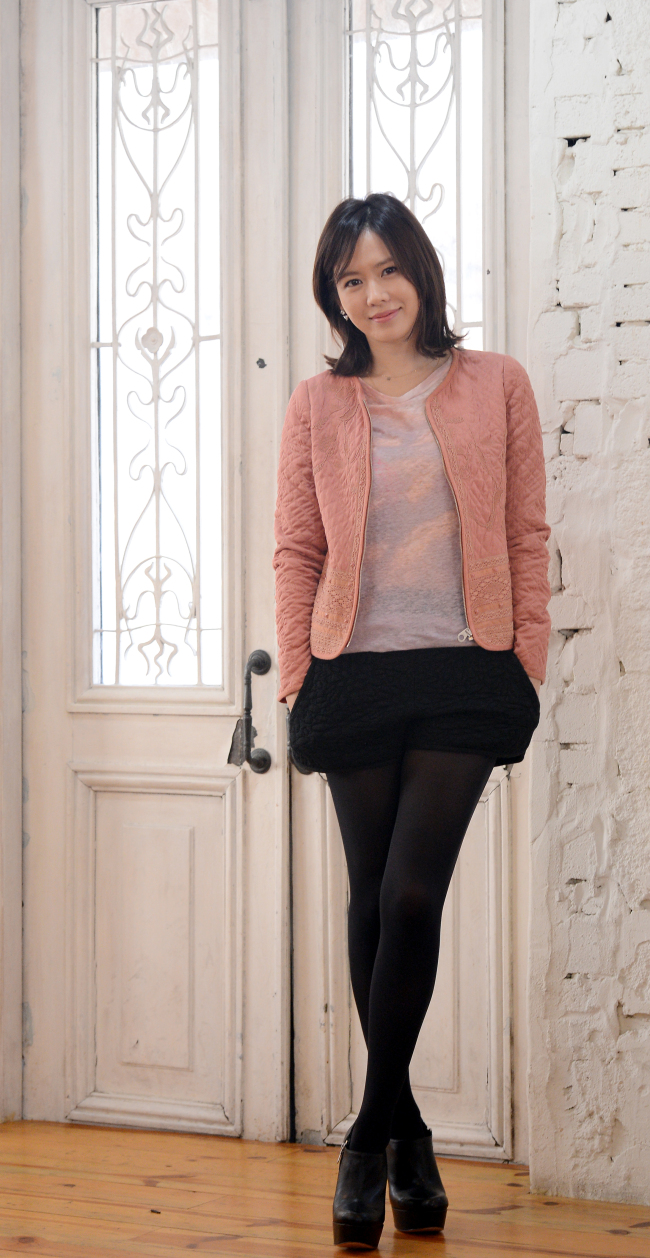 Son could not have moved further away from the romance genre with her latest project, making her first foray into disaster flick territory. In her upcoming film, “Tower,” the 30-year-old stars as Seo Yoon-hee, a professional food manager whose workplace ― a high-rise multi-purpose building ― catches fire on Christmas Eve.

“I never enjoyed watching them. What you can do as an actress is relatively limited when you film a blockbuster, because the genre also heavily relies on other things, such as computer graphics and epic stunts. Perhaps that’s the reason why I was more drawn to romance and drama.”

What drew Son to do the movie was her interest in doing a “group work.” In the film, she co-stars with heavyweight actors Sol Kyung-gu and Kim Sang-kyung.

“I don’t think this Yoon-hee character had to be played by me,” Son said. “She’s the kind of character who can be easily played by any actress, really. But I wanted to do this film because I was really interested in doing a group work. There was also less pressure because I was working with some of the greatest actors. Also, there was that sharing of responsibility, which I never really experienced in my previous works. I was always given one of the two leading roles and was under great pressure.”

In the film, Son’s character Seo goes through a series of critical and dangerous moments as she tries to escape the burning luxury skyscraper.

“Seo is, in many ways, very typical and ideal,” said Son. “She tells people not to give up when the situation is simply disastrous. She consoles those who are freaking out. My greatest challenge was in fact to make this ideal character not too typical.”

Born in Daegu, Son said she has the “Gyeongsang genes,” and is therefore quiet and inexpressive by nature.

“I used to think it’s not always necessary to let people know how I really think,” said Son.

“I would hardly say ‘I love you’ to those who are close to me. I used to think they’d know even if I don’t say it. Even when someone misunderstood me, I’d just let it pass, without explaining. I’d think, ‘Well, that’s not what really happened, and that’s all that matters.’ But working in this industry made me realize how important it is to communicate. And it requires expressing your thoughts and concerns, and making sure the other person gets it.

“Working on this disaster movie once again reminded me of the importance of that,” she continued. “Though it was all acting, I experienced the life-threatening moments. When you know you may die the next day, what you regret the most are the things that you did not tell your loved ones.”

The actress said she used to be attracted to men who are rather quiet and reserved, but is now interested in meeting someone who is kind-hearted and talkative for the same reason.

“Kindness and quality communication matter to me,” said Son. “The ideal person would be someone with a good heart who can lead a conversation with me. Many people have told me to marry someone who talks a lot because most men end up not talking at all once they are married.”