[ The Korea Herald – Send E-mail ]
[Voice] How can Korea boost its software industry?
With local firms lagging behind in the global market ...How can Korea boost its software industry?
By Korea Herald
Published : Nov 26, 2012 - 20:19
Updated : Nov 26, 2012 - 20:19
Korea may be known as an IT powerhouse, but its place in the global software industry remains decidedly modest. Korean software took up less than 2 percent of the global market last year. Even in the domestic market, more than 80 percent of software originates from abroad. In the view of the government, the monopolization of the market by chaebol affiliates, crowding out smaller players, is one of the main reasons for the relatively weak position of the local industry.

“We do not have a very healthy ecosystem in the domestic market,” Kwon Hyouk-woo, senior deputy director of the software division of the Ministry of Knowledge Economy, told Voice. “We do need a very healthy and clean ecosystem where both large and small companies could exist together, but I think in Korea we do not have that, because (of) system integration affiliates of large conglomerates, such as Samsung SDS, LG CNS and SK C&C.” 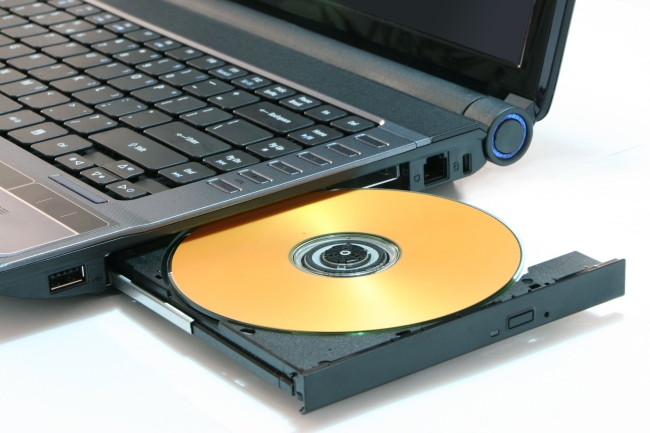 To address this, the National Assembly in May amended the Software Industry Promotion Act to disqualify large affiliates from procuring government contracts. The change will come into effect in January. The government also initiated the three-year World Best Software project in 2010, committing 160 billion won ($147 million) to supporting local businesses.

“We have changed the law so those big companies like Samsung SDS, LG CNS and SK C&C will not be allowed to participate in most state-initiated projects on the establishment of infrastructure and software,” said Kwon, adding that embedded software, such as in cars, is among the most promising areas for Korea in the ministry’s opinion.

But not everyone in the field is on board with the revision.

Kim Jin-hyung is a professor at the department of computer science at Korea Advanced Institute of Science and Technology. He was behind the establishment of AppCenter Supporters, a KAIST initiative to support software start-ups. The initiative, which receives support from NHN and the ministries of culture and knowledge economy, provides four incubation spaces for prospective entrepreneurs for three-month periods at a time.

Kim said that one of the biggest problems is the low pay and status of Korean software developers. In this context, he said, the revision makes little sense, as small start-ups are currently failing to attract graduates for employment.

“Most of the youngsters want to be paid well and want to work in big industry,” said Kim. “Samsung Electronics needs many engineers. They hire almost all the good engineers. So why would an engineer not want to go to Samsung Electronics, (but) go to a small company working for the government? It makes no sense.”

Compounding the pay issue is the way the government assesses developers’ work experience, added Kim. If a programmer’s company goes under, his experience is seen to die with it, he said.

“When you register with the government, a developer may lose (the value of) some experience because the company he used to work for is bankrupt … So, he cannot get enough pay,” said Kim.

Kim suggested more “subtle” government policies to support struggling start-ups than last summer’s law revision, such as widening the period of the year when government contracts are given out. Currently, the government only assigns projects in the second half of the year due to the way the state budget is handled, a situation Kim described as “ridiculous.”

“(In) the first part of the year, there is no project at all for the company … So they don’t hire, they just hire a developer as a freelancer, a contract for a short period. So there is no way to get trained. They have no chance to get experience in the same area.”

Kim also indentified software piracy, including by government ministries; a work environment in companies such as Samsung Electronics that discourages the exchange of ideas and creativity; and ministry officials’ bias toward grand-scale projects as impediments to the industry.

Other experts see a problem of education and focus. Lee Jae-jin, a professor at the school of computer science and engineering at Seoul National University, said that the industry has too often been regarded as labor intensive rather than creative. At the same time, he said, the fundamentals of good programming have been ignored in favor of buzzwords such as “fusion technology.”

“We need to educate more high-level architects, not just people for coding,” said Lee. “Most government offices, most high-level offices think software is a labor-intensive industry. But, actually, it’s not. We need to change the view of how to see the Korean software industry.

“First we need to focus on the classical items and we need to do well in those classical areas and then we will move on to those fusion items naturally.”

There are also too few small companies producing new technology compared to Japan, Taiwan and the U.S., according to Lee.

It is not just the government or industry that needs to rethink its attitude to software, but the public as well, according to some observers.

“The public is equally oblivious to the key role that software plays in the modern age and made little investment,” said Chung In-jeong, a professor at the department of computer and information science at Korea University.

“Most people prefer to download pirated versions of software instead of buying them. This leads to a low volume of sales, and software developers have little incentive to come up with new products when they make so little money.

“The public, for its part, should recognize that software is just as valuable as other tangible goods and they must pay for what software they are using.”

Yet, there remains cause for optimism about the future of the industry.

KAIST’s Kim, whose former students include the founder of KakaoTalk, said that students he sees are now releasing their own mobile applications and games straight from the classroom onto the market.

“They had no way to demonstrate their system (in the past). Teachers said ‘that’s good,’ but that’s all. But now they are putting their software developed in the school directly on the market. Some professors grade by the number of downloads for their project!” said Kim.

Mobile applications, he added, are among the most promising areas for Korean software developers.

“I am always arguing with officials in the Ministry of Knowledge Economy that software is different. You should think about small things. But it should be the best product in the world. Winner takes all. We don’t have to compete in all places, we should give up some places. But if we can be No. 1 in a small section, that’s enough.”

There are some very simple steps in creating a competitive market inside Korea for the software industry, but just like any industry, they have to think about the world outside of Korea. All too often, Korean companies only focus on working with Koreans and selling their products abroad, and fail in generating products.

This is because most Korean companies refuse to focus on finding people who are “best for the job” and more on finding people that relate to them, such as those who graduated from the same university, SKY university graduates, friends and relatives. However, this severely harms Korea’s potential in the IT industry as many capable software programmers, designers, engineers and managers can easily be found outside of Korea.

When we look at Western companies that are successful, such as Microsoft, Oracle, Adobe and SAP, we can see that they hire on a global scale. They hire globally, interact globally, and think globally. This means that they focus on profits and market competitiveness.

Focusing computer science classes on repetition and not giving students direction in creativity also harms their ability to be creative on the job and model software that is unique and what the international market demands. This hinders Korean workers to be able to compete with the brilliant minds coming out of countries like Germany, Russia, India, China and the United States.

To create a more competitive software industry in Korea, Korean companies should learn to invest in talent that isn’t just national, but international. Companies also need to think outside of Korea. Perhaps having an international release date before a Korean release date might also help software professionals think “outside the box.” Korean companies also have to create a fair field for competitive business. Relying on only one antivirus software or one web browser creates a climate that is unappealing to people outside Korea.

Korea is a country which is well known for monolithic technology. For several years, numerous companies such as Samsung and LG have come up with a variety of digital devices of the best quality. Korean digital devices have a high market share not only locally but also globally. However, we all know that Korea’s software industry is not as strong as that of other countries like America. In order for Korea to boost its software industry, it should nurture talent for the software industry by encouraging students to develop their creativity.

Currently, Korea is not equipped with an education system to help students develop their ingenuity. Korean students are receiving cram education in their schools. All they do at their schools is memorize the given materials, which obstructs them from becoming more and more inventive. As a result, Korea is incapable of nurturing talent for the software industry. It is our assignment to find hidden treasure among students. To specify, in case of university entrance system, universities should come up with an exam to select students who have a talent for software industry. Universities can test students by giving them certain assignments on the spot. For example, they can make students suggest ideas of new software programs, install new software, and solve virus problems. Through examinations, universities will be able to sort students who can grow into talent in the software industry.

Open up the SME ecosystem, dominated by chaebol at all levels, which are simply not wired for open environments. This system eventually destroys creativity and innovation, undermining Korea’s creativity as a whole. That’s one of the reasons why, for instance, SK Telecom lost its edge in the early 2000s, or why Samsung lags in software. All major players should be forced to open a significant part of their portals and value chains. Incubation services may also help (e.g. Sangam DMC), provided they remain truly independent.

I am inclined to believe that sustainable development can be achieved via limitless competition. However, it should consider many aspects such as the fairness, equity and the quality of life of ordinary people. I am also aware there is a possibility that the quality of medical services could be brought down.

It’s not capitalism gone too far, but if we go in that direction with no limits then it can end in something like that. So we need some limitations, so that we can secure the current national health insurance system.