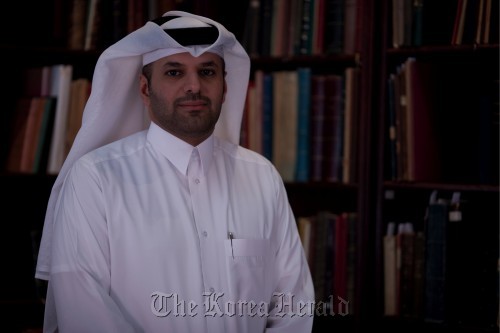 Sheikh Abdulla bin Ali Al-Thani
There is an exclusive set of issues that is regarded as “global.” War, humanitarian disasters, international development and economics are issues where people think, act and care beyond the borders of their own state.

In a few weeks’ time, at the Qatar National Conference Center in Doha, innovators from a wide variety of sectors around the world will come together to add another issue to this exclusive set: education. That is education ― not as a bolt-on to international development programs, women’s rights campaigns or national strategies ― but in its own right.

The World Innovation Summit for Education, which is slated for Nov. 13-15, will bring together more than 1,000 opinion-leaders, decision-makers and pioneering practitioners from more than 100 countries around the world to discuss issues that have no national boundary. WISE was launched in 2009 on the initiative of Her Highness Sheikha Moza bint Nasser, chairperson of Qatar Foundation, and is now the premier forum for discussion of innovation in education, as well as a range of programs which are being implemented at several levels of education in many localities.

In every country, rich or poor, education is the passport to opportunity.

This year’s WISE Summit will tackle education for employment. How do we educate in a way that equips people adequately for the world of work? How do educators work with businesses to address the mismatch between the skills and competences they need and what young people are being taught in school? What can Korea learn from Finland ― where, in 2010, vocational education became a more popular choice for 16-year-olds than traditional academic subjects?

Financing education will be analyzed in of the summit’s debates, including the issue of whether public-private partnerships or school vouchers can deliver high-quality education when public investment is limited. One innovative program being showcased at the Summit is the Cristo Rey Network Corporate Work Study Program, a 2012 WISE Award-winning project originating in Chicago, in the United States. This program helps children from some of the most deprived neighborhoods, and mostly from ethnic minorities, in several U.S. cities discover and develop their talents and self-confidence, with a large number progressing to college.

The students spend five days per month working in an entry-level job in a local white-collar company and the money they earn goes directly toward their tuition fees. The project is a completely sustainable revenue model which does not rely on traditional fundraising or government funding. It offers an affordable, high-quality alternative to private education, as well as the hope of a secure future and self-fulfillment for thousands of young people.

The practice of learning and teaching will also be in the spotlight as the summit examines education in the 21st century. How do we move from a passive classroom to a method of learning that reflects the modern world, and how do we adapt the teaching profession and the expertise required of educators to reflect this?

In Morocco the Al Jisr School-Business Partnerships initiative, which features in the latest WISE Book, “Learning a Living: Radical Innovation in Education for Work,” introduces young people from disadvantaged areas to the concept of starting and running their own business with mentoring from local professionals. This is a practical form of learning which encourages students to think of solutions themselves. The initiative has spawned a host of companies run by high-school students, many of which have continued to grow and develop even after formal education has concluded. Could a similar initiative in Korea help inspire a generation to learn for themselves?

The Cristo Rey Network Corporate Work Study Program and five other ground-breaking initiatives have been named as 2012 WISE Awards-winning projects and will be recognized at WISE 2012 as examples of how these and other borderless questions can be answered. Each year, the WISE Awards identify, showcase and promote six innovative educational projects that are having a transformative impact on societies and education. It is hoped that they will inspire others to take solutions back and adapt them to their own local communities.

The Summit will open with the announcement of the 2012 WISE Prize for Education Laureate, an accolade given to an individual who has made an outstanding, world-class contribution to education. This person has been chosen by an international jury of eminent individuals for their work in challenging the status quo, finding innovative solutions to some of the challenges facing educators, and for their impact on the lives of the people they work with. The Summit will give this person an international profile and a platform from which they will become a voice on the world stage on behalf of education.

The inaugural WISE Prize for Education was awarded in 2011 to Sir Fazle Hasan Abed, Founder and Chairman of BRAC, a Bangladesh-based NGO which has improved the lives of millions on three continents through education.

Dr Sheikh Abdulla bin Ali Al-Thani is the chairman of World Innovation Summit for Education. He is also the president of Hamad Bin Khalifa University in Doha. ― Ed.