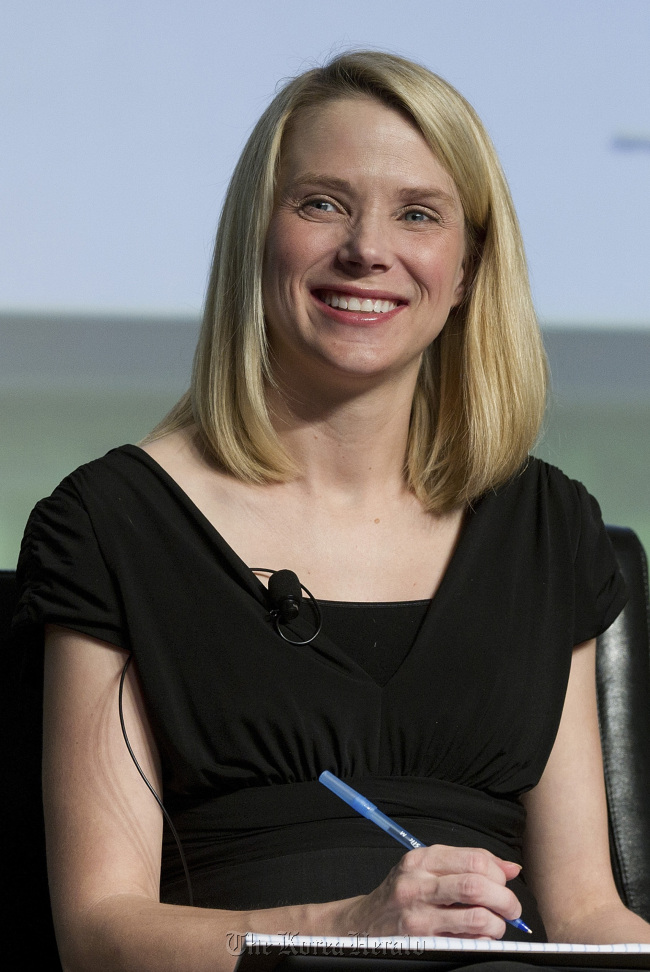 Marissa Mayer (Bloomberg)
Marissa Mayer wants to revive the flagging fortunes of Yahoo Inc. by returning to its roots. The recently appointed CEO, a former Google executive who joined Yahoo in July, has been signaling a new technology-focused strategy for the company through her hires and acquisitions.

Moving away from her predecessors’ focus on media content, Mayer has pledged to revamp the company’s email and search engine services, and tailor more services to mobile devices. Yahoo’s plan for revival pits it squarely against Internet giants Google and Facebook.

Mayer, the fifth CEO at Yahoo in five years, has her work cut out for her. The company, which recently announced its withdrawal from the Korean market, is now worth less than half of what it was in 2005, when it was valued at $44 billion. Its share of the online ad display market dropped from almost 19 percent in 2008 to an estimated 9.3 percent this year.

The initial indications, however, are that Mayer’s drive is bearing fruit. Yahoo on Monday announced a net revenue of $1.09 billion, up slightly from $1.07 billion in the same period last year and ahead of analysts’ expectations.

The task of regaining Yahoo’s former glory may be great, but it is not hopeless. Its sites still attract some 170 million unique visitors each month. Mayer, who returned to work just weeks after the birth of her first child in September, clearly brims with enthusiasm and drive. Her resume, with 13 years at Google, is also impressive. Whether all this will be enough for the job at hand, only time will tell.