Carlos Beltran hit the last two of the Cardinals’ four homers and St. Louis chased an ineffective Jordan Zimmermann early in a 12-4 rout of the Washington Nationals on Monday that tied their NL division series at one game apiece

“We know this offense has the potential to do this,” Cardinals rookie manager Mike Matheny said. “It was nice to see this, and hopefully it becomes contagious and the guys just keep going.” 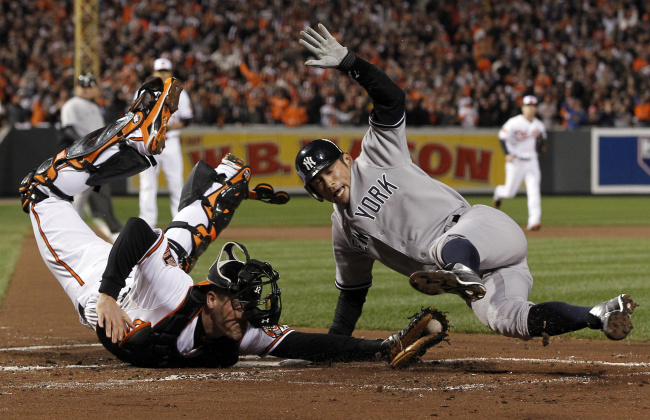 Ryan Zimmerman and Adam LaRoche hit consecutive homers in the fifth for the Nationals, who head home for the remainder of the best-of-five series. But the NL East champions are without All-Star ace Stephen Strasburg, shut down for the rest of the season early last month to protect his surgically repaired arm.

Game 3 is Wednesday afternoon at Nationals Park. Edwin Jackson starts for Washington against longtime Cardinals ace Chris Carpenter, who made only three starts during the regular season because of injury.

“Today, for us, was a must-win game,” Beltran said.

The Cardinals seem to live for those. They lost the division series and NLCS openers last fall, then finished strong in the World Series after spotting Texas a 3-2 lead.

So, they’re on familiar ground.

“We knew how big this game was for us,” center fielder Jon Jay said. “We’ve seen it all year ― when we are able to do that, we are pretty dangerous.”

There were no lineup changes in Game 2 of the division series, just a lot more clutch hitting from players accustomed to October pressure.

Beltran homered twice in the postseason for the third time in his career, connecting in the sixth off Mike Gonzalez and eighth off Sean Burnett. Jay had two hits and three RBIs, plus an outstanding catch at the center-field wall to deprive Danny Espinosa of extra bases in the sixth.

“One of the best catches I’ve seen. I think it’s his best catch of the year,” Matheny said. “He barely looked up as he was hitting the wall. Very impressive.”

St. Louis was 0 for 8 with runners in scoring position during Game 1 and totaled just three hits, but the Cardinals had five hits in a four-run second Monday. Descalso hit his first postseason homer in the fourth, a day after getting robbed by Jayson Werth’s leaping catch at the right-field wall, and Beltran’s drive off Gonzalez in the sixth banged off the facade in the third deck in left, estimated at 444 feet.

“Their numbers speak for themselves,” Nationals manager Davey Johnson said of the Cardinals. “They have got a fine hitting ballclub, and good pitching will slow down good hitting, but you’ve got to make pitches, and we didn’t do that tonight.”

Shadows creeped past the pitcher’s mound around the third inning and didn’t seem to be as big of an issue in Game 2, which started 11/2 hours later than the opener. Both teams had issues with the playing conditions after the opener.

With Chen leading the way, the Orioles squeezed out a 3-2 victory Monday night to even their AL division series at one game apiece.

Chris Davis drove in two runs for the wild-card Orioles, who used the same formula that got them into the postseason for the first time in 15 years: a magnificent bullpen and an ability to win tight games. Baltimore was 29-9 in one-run decisions during the regular season and 74-0 when leading after seven innings.

Major league saves leader Jim Johnson, roughed up for five runs in a Game 1 loss, came back to pitch a perfect ninth to close it out.

The rest of the best-of-five series is at Yankee Stadium, beginning with Game 3 on Wednesday. Hiroki Kuroda will start for AL East champion New York against rookie Miguel Gonzalez.

“It means everything,” Davis said of the win. “You definitely don’t want to go into New York in a five-game series down two games. This is big ― having the day off tomorrow, hopefully building some momentum, and we can take that into New York.”