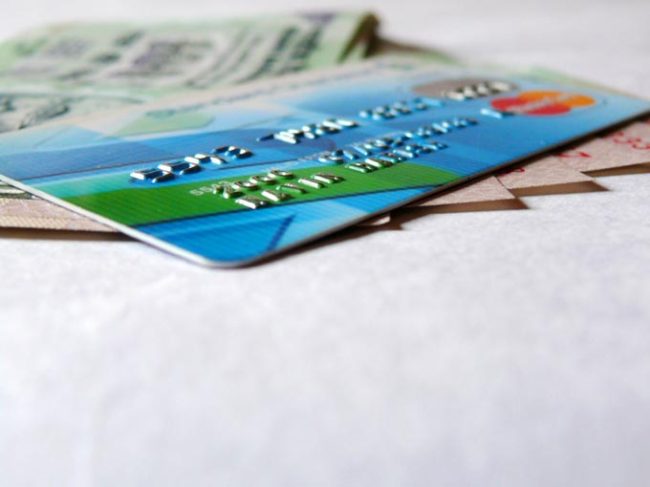 (123RF)
With consumers weighed down by massive borrowing ...
How should Korea tackle private debt?

In a sea of developed countries saddled with heavy government borrowing, Korea is a rare example of a wealthy country with low levels of public debt. For this and other reasons, the nation recently saw its credit rating upgraded by the three major crediting agencies: Moody’s, Fitch and Standard & Poor’s. The state’s relative fiscal soundness, however, masks a more precarious reality in the private sector: Koreans are some of the most indebted people in the world. The country’s household debt reached 164 percent of disposable income last year, a figure above that of the U.S. at the onset of the subprime mortgage crisis.

Erik Lueth, a regional economist for Asia at the Royal Bank of Scotland, told The Korea Herald that the combination of huge debt and weak growth was a major risk to the economy.

“I think it is a big problem, first of all, because debt is very high. As a percentage income it is higher than it was in the U.S. at the outset of the subprime crisis. There also is no sign that the trend is reversing,” said Lueth. “That’s one key issue; the other one is that (economic) growth is slowing and we are probably looking at a long winter in the sense that growth is not likely to pick up very soon.

“We are probably looking at a global baseline of persistent lower growth and so a lot of people may have taken on debt with a different baseline, assuming that growth would be stronger and that house prices would continue to appreciate and so on.”

The authorities’ response to the problem over the last two years has been mixed. Increases in the interest rate from the Bank of Korea last year and tightened bank lending rules were followed last month by a cut in the benchmark rate, partly to alleviate the burden of interest payments on households. The challenge remains to boost the economy, thus enabling debtors to meet their repayments, without encouraging further unsustainable borrowing. The value of household loans, including mortgages, college debt and credit card debt among other borrowing, on the books of financial institutions here currently stands at more than 920 trillion won.

“One school of thought tells you that if growth is slowing, you should really lower interest rates if that is what your growth-inflation tradeoff tells you,” said Lueth. “If that is what growth and inflation numbers tell you ― and that is what growth and inflation numbers tell us right now ― then you really should cut interest rates and leave it to prudential measures to tackle the household debt problem and prevent the household debt from getting out of control with, for example, tighter debt-to-income ratios and tighter loan ratios.”

The other school of thought advocates using macroeconomic policy to manage the debt risk, but it is the former approach that is the more likely course of action for the Korean financial authorities going forward, in Lueth’s view.

Kim Soo-mi, a spokesman of the Financial Supervisory Service, said that measures taken since last year to ensure a soft landing for the economy have been working, pointing out that the growth in household debt dropped from 3.1 trillion won in the first half of 2010 to 1.1 trillion in the same period this year.

“The FSS will continue its efforts to keep household debt at a stable level, while changing the lending structure by increasing the share of fixed-rate and fully amortizing loans,” said Kim.

“The amount and share of household debt is relatively high compared with major markets. However, banks’ financial soundness and ability to absorb losses is manageable, meaning that there is little possibility of distress in the short term.”

Part of the FSS’ current approach is to allow borrowers to repay loans at lower rates or over longer periods of time.

“The FSS is encouraging a pre-workout for borrowers with low credit ratings as part of ‘Comprehensive Measures.’ The pre-workout program is expected to help reduce the burden of households to pay back the loans through debt restructuring and an extension of the maturities,” said Kim, adding that the supervisory body expects that growth in household debt will be kept within the range of GDP growth for this year.

For regulators everywhere, guarding against reckless lending has to be measured against the risk of stifling the economy through overregulation, a balance often influenced along ideological lines. While Korea’s debt burden might suggest loose bank lending rules, they are in fact relatively tight in comparison with other OECD countries, according to Kim Young-il, a research fellow at the Korea Development Institute. The average loan-to-value ratio, for example, at 60 percent, is well below the average of the U.S. and the U.K. due to tighter rules on banks. LTV refers to the ratio of the loan value to the value of the asset purchased.

For the KDI’s Kim, a key guiding principle in achieving the right balance should be to keep the growth of debt below the growth of income ― a goal clearly not met in recent years, adding to the potential fallout of future external shocks.

“It may be hard to exclude such a scenario that the current amount of household debts may amply macroeconomic shocks such as declines in exports or foreign capital outflows due to worsening economic conditions in the Euro area and others,” said Kim.

While banks face relatively strict lending rules, non-banking institutions, such as mutual savings banks, are less tightly regulated and have been a major source of the debt racked up over the last decade. Lueth said that there remains room for greater oversight over such institutions.

Whatever action is pursued, there is no room for pushing the problem further down the road, Lueth added.

“If we were facing a short and pronounced downturn … some case could be made for regulatory forbearance and not coming down hard on banks and borrowers. But given that we are really probably looking at a long winter I don’t think that argument can be made, and I think that they need to deal with the problem immediately and expeditiously and there is no room for regulatory forbearance because then the problem just becomes bigger and bigger.”

This is obviously social problem. Many Koreans spend more money when they can’t afford it. This situation comes from the lack of education from their parents and school. Many parents, especially in Korea, don’t allow their children to make money. What they expect from their children is good grades so that they will succeed when they grow up. In school, teachers teach their students about Business Management, not about how to spend money properly.

If this social situation continues in this way, it will be a huge disaster within a decade. We must educate ourselves how to spend money, and teach it to our children.

Personal debt is something that cannot go away because if you are a person who constantly uses a credit card, you can dig yourself into a big hole and will need to find a solution. Not only that, but if you have medical problems, going to the doctor can impact you by having to pay too much on prescriptions that you might not need. So, the solution to personal debt is to be a smart shopper and to buy only the items that you really need, and to find other ways to keep yourself healthy instead of always going to the doctor.

Another thing is to purchase items with cash if you have it instead of using credit cards; this can save you the trouble of putting yourself in debt. Though people in Asia still pay with cash, the use of paying with a credit card is now becoming common. Finally, if you have a spouse, make sure that you do not keep any secrets and that you talk to your partner regarding your finances and how you handle them.

Let your partner know that in today’s tough economy, frugality is important and that you need to know how to handle your finances. This way, you and your spouse will not get in trouble nor in debt.

Several causes are often cited as negative factors which cast dark clouds over personal debt. Considering that personal debt can be connected to danger for the whole country, it shouldn’t be dismissed as only a personal problem. Moreover, because Korea experienced a financial crisis in 1997, the news that some European countries are in danger isn’t heard as a story of faraway countries.

Among these causes is the cost of living, which has soared owing to inflation ― the price of most fruits and vegetables have skyrocketed recently under the influence of successive typhoons ― and the debt from buying a house, which takes up the largest slice of personal debt. As the price of houses has surged since 2000, personal loans from mainly banks also have increased accordingly. But recently falls in house prices and the burden of repayment have seen the situation take a turn for the worse. The government made an announcement of the property measures, of which the main point is to relax the property acquisition tax, to revitalize the property market, but whether or not it will be a success remains to be seen.

But in my view, more the fundamental cause is likely to be thoughtless consumption. Because people can get what they want even without cash, they use credit cards thoughtlessly. We have seen too many people who have struggled to repay the money around us on the last day of every month. But to be more honest, they don’t repay but pay one card off with another. To cope with this problem, the card company as well as the government should have a cautious attitude about issuing credit cards.

The card company shouldn’t over-issue credit cards, and the conditions for the issue should be inspected, including the history of credit transactions, employee status and so on. And it should seek not only quality but also quantity.