Over the past few years, Korean popular culture, often abbreviated as “K-pop,” has gained immense popularity in many countries. Following the initial surge of interest in Korean television dramas and popular music, nowadays all things Korean ― from food, movies and dances to fashion and language ― are quite the rage. The cultural wave, or hallyu, is establishing itself as a global phenomenon that has already washed over East Asia and is now reaching the shores of Europe, Latin America and the Middle East. As a result, there are now more than 830 hallyu fan clubs in more than 80 countries, with a total of 6 million members.

As the Korean ambassador to Peru, I am a frontline witness to the explosive popularity of Korean culture among Peruvian youth. At present, over 60 hallyu fan clubs are active across the country. Early this year, the Korean Embassy in Lima organized two “Taste Korea” festivals in the Peruvian capital mainly to promote Korean cuisine. But the events were also part of a broader cultural diplomacy campaign aimed at disseminating Korean culture and thus included K-pop performances by Peruvian hallyu fans and taekwondo demonstrations by KOICA volunteers. The response of the public was overwhelming, with broad coverage in major local media outlets and many follow-up requests for information about Korea.

In March 2012, K-pop group JYJ held a concert for thousands of enthusiastic fans in Lima. Marking the first K-pop performance in Peru, it came as a surprise that the tickets, priced between $60 and $190, not cheap by local standards, were sold out within a record three days. Big Bang, another well-known band, recently announced its plan to hold a concert in Lima in November, recognizing Peru as a potential gateway to Latin America. This heightened interest is an optimal starting point for expanding the potential consumer base for Korean culture in Peru.

Despite the success of hallyu, Korea cannot afford to be complacent with the status quo. Instead of resting on their laurels, Korean policymakers and the entertainment industry need to think of new and innovative strategies to sustain and broaden its popularity. Only then the Korean wave will be able to consolidate itself as a major trend in the international cultural landscape for years to come.

At the heart of the worldwide popularity of hallyu lies the fact that it reflects a quintessentially Korean interpretation of common human values and emotions such as love, heartbreak, family values, affection and humanism. The non-violent, often playful and romantic features of our cultural products, combined with the catchy dance tunes of K-pop idols and sophisticated fashion sported by Korean actors, prove difficult to resist. Given the rapid proliferation of cultural content through social media tools such as Youtube or Facebook, the hallyu boom has also been greatly helped by the swift advances in information technology in Korea.

Another driving force behind the hallyu trend is the high level of creativity and adaptability to newfangle among Korea’s younger generations. In stark contrast to older generations, younger Koreans today do not easily bow to collectivist values that prize conformist attitudes over expressions of individuality. Armed with passion, courage and original ideas, they boast fearless creativity and ability to create and consume new, complex forms of culture, which sparked the hallyu phenomenon and later propelled it onto the world stage. Against this backdrop, our policymakers should do their utmost to provide the younger generation with a cultural environment that both nurtures and encourages our youth to expand their creative horizons.

Culture has emerged as a core component of a nation’s economic competitiveness that produces added value. As a result, culture has become a crucial pillar of the government’s diplomatic strategies with a view to upgrading the national brand value. In cultural diplomacy, a greater emphasis should be placed on two-way communication which respects other cultures and promotes mutual cultural exchanges, rather than unilaterally presenting our own. Joint cultural events such as performances, exhibitions and film festivals will not only help improve the mutual understanding among the peoples of different countries, but also enrich our own culture by exposing it to outside cultural assets.

To achieve sustainable hallyu, the government should also boost much-needed cultural infrastructure abroad such as Korean Cultural Centers or the King Sejong Institutes. These initiatives play a strategic role in disseminating our language and culture within a more systematic and long-term framework. The lack of cultural venues is a serious obstacle to two-way cultural exchanges. Food for thought: China is heavily investing in the promotion of its language and culture by establishing more than 300 Confucius institutes in over 90 locations worldwide.

In addition, Korean businesses and agencies overseas must pool their know-how and resources to forge a comprehensive cultural strategy with great synergies. For example, companies can improve Korea’s image abroad by sponsoring concerts and other cultural events or implementing social programs that contribute to the well-being of local communities. In turn, volunteers such as from KOICA, who are active in every nook and corner of the world, are ideal cultural diplomats to play a great role in spreading Korean culture in their host countries. The task at hand is to devise a comprehensive strategy that coordinates these disjointed activities.

“I do not wish my country to be a military or a political power, but rather wish it were a cultural power … I wish our country not to be one that imitates others, but rather the source, goal and model of new and advanced culture,” says Baekbeom Kim Gu in “My Desire” published in 1947. I am awed by the deep insight and the vision of this great leader who was ahead of his time. In order to realize Baekbeom’s dream, it is time for Korea to put together a grand strategy that will launch our bid for becoming a cultural power in the 21st century. 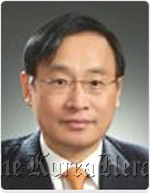