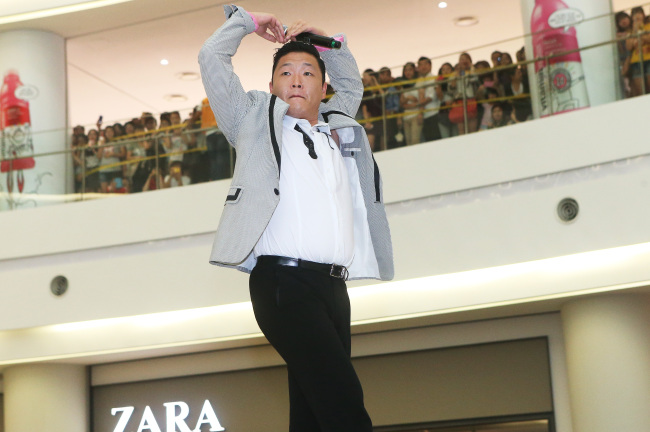 The 34-year-old singer will participate in the event which will be held at the STAPLES Center, Los Angeles, Thursday. Although he is not listed as a nominee for an award, MTV noticed the global popularity of his music video and officially invited him, according to the agency.

Psy is the second Korean singer to be invited to the MTV Awards: Rain attended the MTV Movie Awards in 2005.

Psy, virtually unknown outside of Korea, rose to worldwide stardom with his comical music video featuring his signature “horse-riding dance.” His viral song’s music video on YouTube has attracted 95 million views as of Monday night and is expected to break the 100 million mark soon.

Psy will leave for the United States on Wednesday and will attend the MTV awards and appear on multiple talk-shows over the next two weeks.