Born and raised in attachment to forest by culture and history, Koreans have remained in active partnership with multiple Asian countries such as Indonesia and Vietnam to acquire beautiful wooden products.

Largest among countries situated in the Indo-Chinese peninsula, Myanmar earned promising reviews from the Korean government delegation headed by deputy director general Kim Nam-gyun of the Korea Forest Service, which asked for a 500,000-hectar tract of land for a plantation site.

For a detailed blueprint of the prospects of the Korea-Myanmar forest partnership, The Korea Herald interviewed Tin Tun, deputy bureau chief of the nature and wildlife conservation division of the Forest Department of Myanmar, on Tuesday, one day before forest ministers of Korea and ASEAN convened for a special session to launch the world’s first international organization of forestry: the Asia Forest Cooperation Organization, or AFoCO. 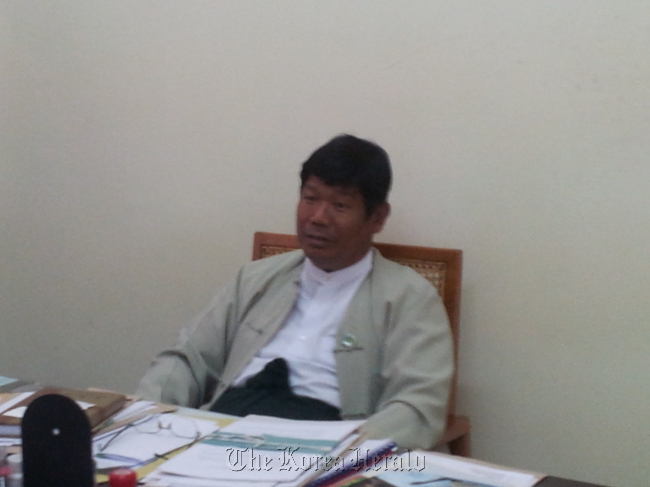 “Koreans need only 10 years for research projects that Myanmar would take 40 years to accomplish. We still have much to learn.”

Tun said that Myanmar has not been so successful in domestic forestation projects, largely because of financial and technological problems.

“We greatly appreciate the Korean government’s support in financial budget, technology, equipment and expertise. Our forestation project has become very fruitful since then.”

Tun stressed that such natural environments provide excellent plantation sites for various kinds of lumber and other forest products.

Experts say Korean investment in forestation and development will continue to rapidly expand, especially in the wake of the seventh Korea-U.S. forest partnership conference held in July.

Tun also expected that the setup of AFoCO will boost Korean investment to Myanmar and its forest plantation.

“We are looking forward to Korea’s support with excellent human resources, technology, equipment, research institutes, along with financial budget,” he said.

In particular, the Myanmar senior official expressed high expectations for exporting products from high-quality teak trees to Korea, which abound in Myanmar forests.

The delicately colored Myanmarese teak trees are said to be highly durable and hence make excellent material for wooden furniture.

“Myanmar teak trees are the highest in quality and price,” Tun said. “The hot temperature and rich annual precipitation of Burma account for our lead in the supply of teak trees,” Tun said.

Upon recommending teak trees as a top choice in the forest industry, the deputy director stressed that the Myanmar government is willing to aid the exportation of teak trees as much as possible.

“We welcome all Korean enterprises willing to run business in Myanmar. Teak trees are one of the most precious gems that Myanmar presents to the world.”