Citing a survey of 4,800 people in 12 Asian countries by research firm Nielsen and magazine Campaign Asia-Pacific, U.S. broadcaster CNBC reported that Samsung Electronics has climbed to the top this year, from second place in branding last year. 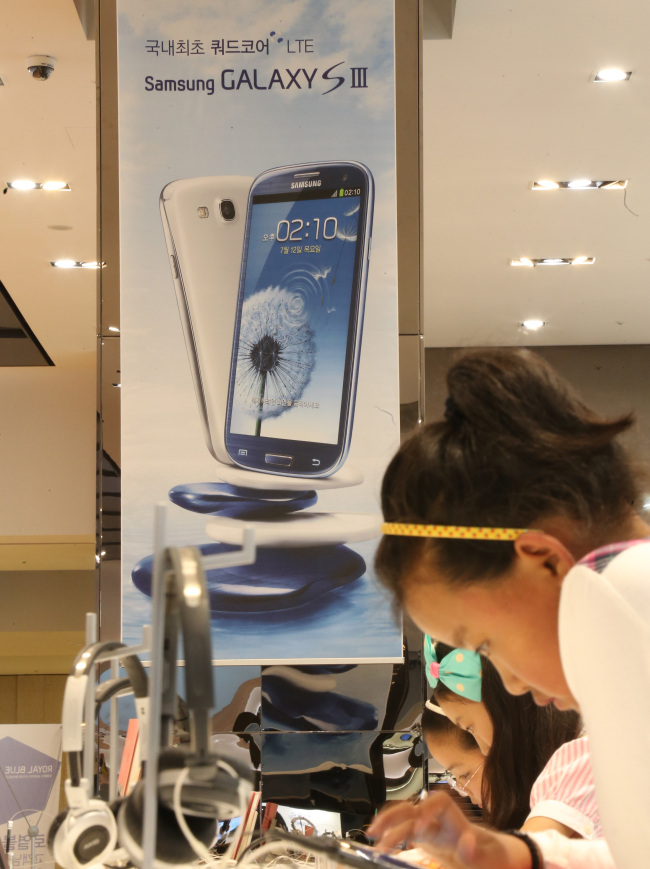 Visitors test media devices installed at Samsung Electronics’ Seoul office in Seocho-dong on Friday. (Yonhap News)
“The brand’s focus on high visibility marketing and advertising, as well as its commitment to developing brand presence in both new and mature markets has helped to give the brand a boost,” said Jolene Otremba, reports editor at Campaign Asia-Pacific, as quoted by CNBC.

Sony, which has been Asia’s most valued brand for four years, slipped to third, while Apple, the iPhone maker that ignited the smartphone boom worldwide, emerged as the second best tech brand, up from sixth in 2011.

Other tech companies named among the top ten included were Panasonic, Canon and LG Electronics.