Ahn Cheol-soo has been eyed as a potential candidate for the December presidential election since his stunning debut in the political community during last year’s Seoul mayoral election.

The founder of AhnLab, South Korea’s biggest anti-virus software firm, also donated half of his stake in Ahnlab to charity, underpinning speculation about his presidential aspirations. 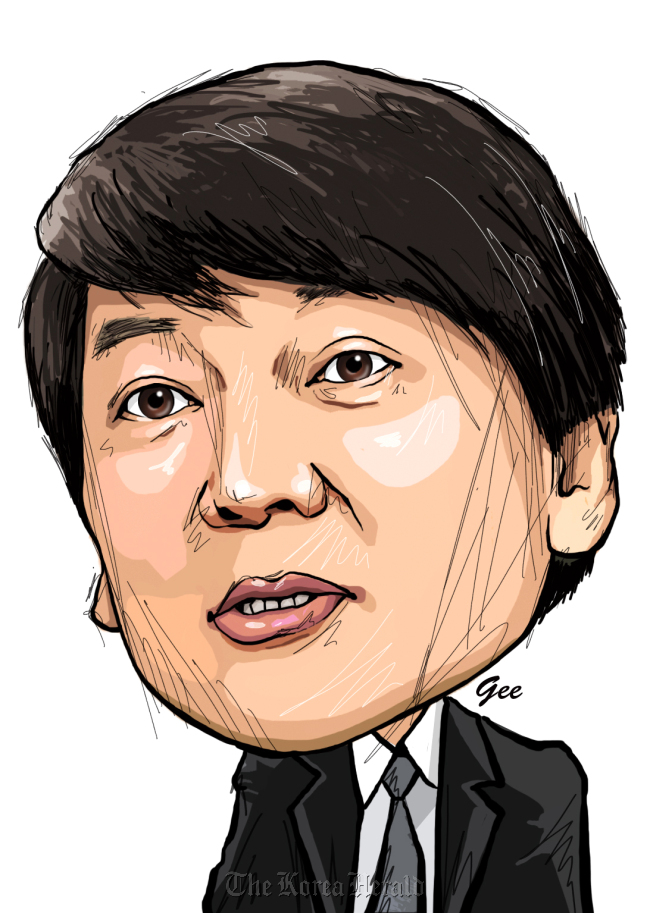 Ahn Cheol-soo
Still, the political neophyte has yet to give a clear-cut answer on whether he will seek the country’s top political job.

When asked whether he has decided to run in the election, Ahn said “no.” He made the comment during a visit to a Seoul hospital late Thursday.

Ahn’s office later sparked confusion on his bid, claiming that his comment was not the “correct answer.” It said Ahn made the comment after he was asked several questions, but it did not elaborate on what it meant by the correct answer.

Ahn also sidestepped a question about whether he will join the primary of the main opposition Democratic United Party so that there could be a single opposition candidate.

Some DUP officials have asked Ahn to join their party to boost their chances of wrestling power from the conservative ruling Saenuri Party.

Ahn has been neck and neck with Park Geun-hye, the ruling Saenuri Party’s leading presidential contender, in opinion polls for months.

Ahn received an outpouring of public support for his bid for Seoul mayor in the October by-election due mainly to his clean and upright image. Although Ahn was leading in opinion polls, he dropped out of the race and backed Park Won-soon, a liberal lawyer-turned-activist, who ended up being elected Seoul mayor.