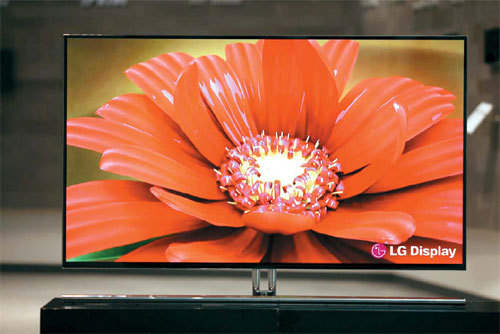 The three were likely to have leaked to firms in Israel, China and Taiwan circuit diagrams and other key technologies to manufacture 55-inch “AM-OLED” and “WHITE-OLED” panels, officials at the Seoul Central District Prosecutors’ Office told reporters.

The trio belongs to the Korea branch of the Israeli firm contracted to supply to the local firms equipment to inspect display panel products.

Between last November and January, memory sticks with the data were handed over to the staff at the firm’s headquarters in Israel and to other sales staffers handling business with electronics firms in China and Taiwan, the prosecution argued.

While visiting the factories of Samsung and LG, the employees allegedly photographed circuit diagrams revealing each layer of the high-tech panels, stored the information on memory sticks and hid them in their shoes, belts or wallets, officials added.

“Through the (Israeli) firm, it is highly likely that the technologies were leaked to Samsung and LG’s foreign competitors. An enormous economic loss is expected,” said a prosecution official, declining to be named.

“With the leakage of the core technologies, the technology gap with the foreign competitors could be narrowed in a short period of time.”

Prosecutors also indicted the Korea branch and its three other senior employees on the same charges.

Samsung and LG, the leaders in the 90-trillion-won ($78 billion) AM-OLED market, have invested around 1.38 trillion won and 1.03 trillion won, respectively. The leaked technologies have been designated as “core national industrial technologies.”