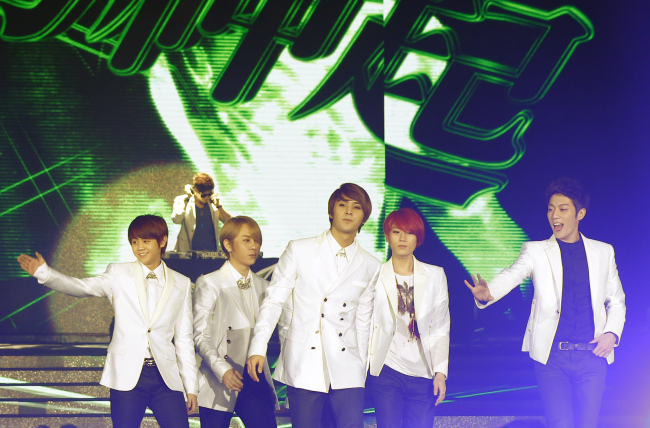 Music Bank featured eight popular South Korean artists and was the largest K-pop concert to be held in the southern Chinese city.

Boy band TVXQ and singing starlet IU were among the groups that danced and sang to a sea of exuberant fans.

“I am very happy that Hong Kong is able to organize such a large K-pop concert” said Sunye, a singer for South Korea’s top female group Wonder Girls, who also performed at the concert.

“I am also very happy that Korean culture has a worldwide influence.”

Saturday’s extravaganza came after major South Korean groups such as Girls’ Generation and 2PM held concerts this year in Hong Kong, where K-pop is rapidly rising in popularity.

Music Bank concerts were sold out in Tokyo last year, and it was also a hit earlier this year in Paris, according to concert organisers. The tour will head to Brazil and the United States later this year.

TV dramas and movies along with K-pop have been increasing in popularity across Asia, in a phenomenon known as “Hallyu,” or the Korean cultural wave.