A hairpin belonging to 16th century French Queen Catherine de Medici has been discovered at a royal residence outside Paris. What has conservators scratching their heads is exactly where it was found: down a communal toilet.

Officials said it’s the first time in modern history that a possession of the Renaissance royal has been found at Fontainebleau Palace.

Though the queen was renowned across Europe for her lavish jewelry, much of her collection has been lost, sold or stolen over the centuries. 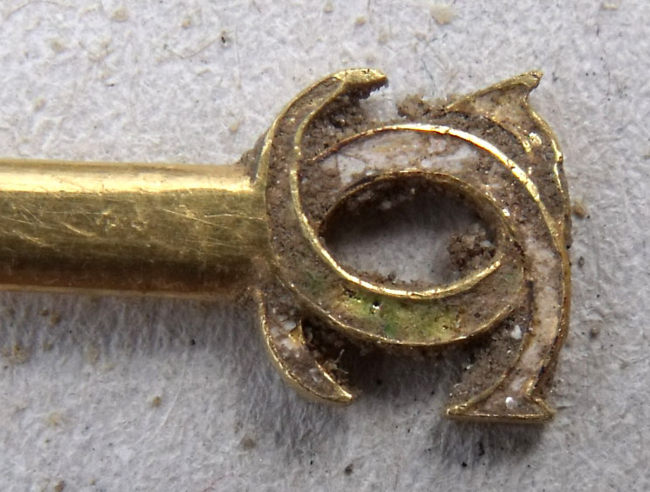 After the age-old soil was cleaned off, Fontainebleau Palace’s conservator Vincent Droguet also noted a finish of white and green, known to be Catherine’s colors.

Less easy for the experts, however, was to explain why the personal possession of a queen known for luxury would end up in a Renaissance-era communal toilet ― as opposed to her royal one.

The artifact was found by accident as archeologists dug around the toilet to prepare the surrounding area for restoration.

Droguet called the find a “mystery.’’

“But what would Catherine de Medici be doing there? Maybe it was a lady-in-waiting who took it. Perhaps it was stolen, and just fell in.’’