In a speech given at the World Affairs Council (WAC) in Los Angeles, Foreign Minister Kim Sung-hwan said the two countries should now work together on how best to handle global issues.

He said initially, bilateral ties were centered on security issues, but have expanded to an economic alliance and beyond.

“Nowadays the two countries are actively engaged in preventing the spread of weapons of mass destruction, climate change, energy and food issues and combating poverty and other challenges facing the world,” the minister said at the WAC event, which was first set up in 1921 to improve understanding of international affairs. 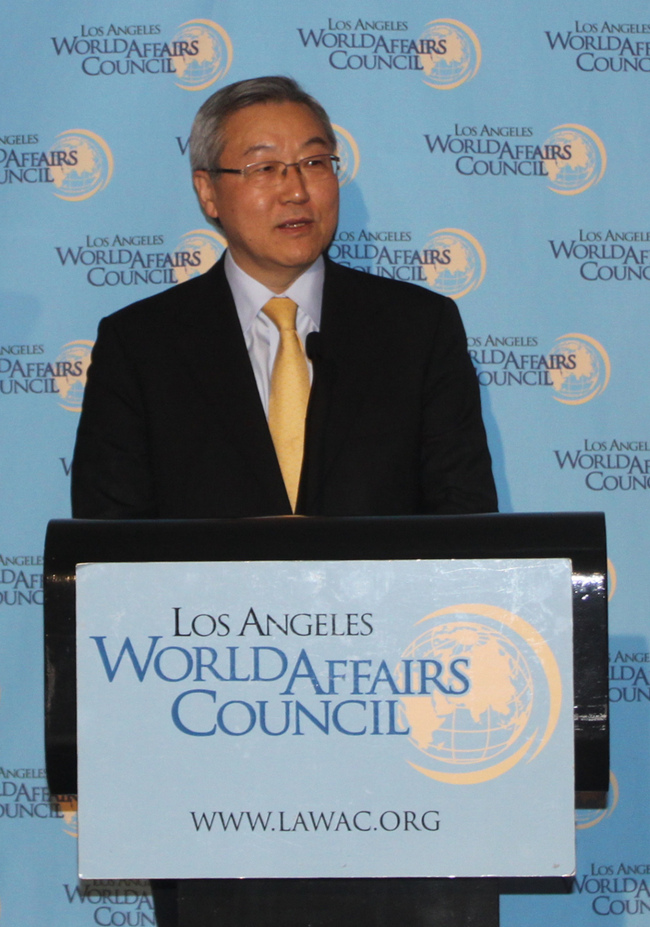 Kim added the South Korea-U.S. security alliance is a relationship that is constantly changing, but is at the same time ready to meet alterations. He said instead of only responding to outside changes, the alliance should take the lead in creating a new order for peace and stability, and actively meeting the needs of the times.

The senior policymaker made the speech on his way back home after attending the South Korea-U.S. foreign and defense ministers meeting in Washington earlier in the week.