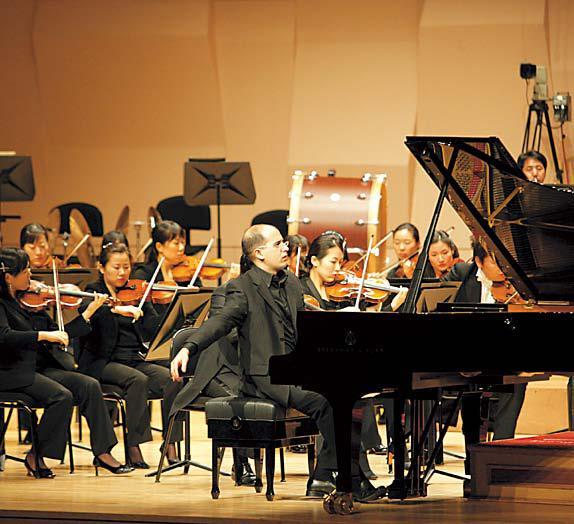 Alfonso Gomez performs to honor former Spanish Ambassador Delfin Colome at a concert in Seoul on May 23. (Spanish Embassy)
The Spanish Embassy has held a piano recital to honor the memory of Delfin Colome, who was the country’s ambassador to Korea from 2005-2008. He died of liver cancer at the Severance Hospital in Seoul in April 2008 following a year-long fight with the disease. He was aged 61.

Colome, who was born in Barcelona, was respected in both politics and music and was known as “the piano-playing ambassador” in Korea.

The Homage Piano Recital was performed by Spanish musician Alfonso Gomez at the Ilshin Building’s Concert Hall in Seoul on May 23.