Winning the most out of the 6.75 million votes counted, the award-winning sedan has made a promising premier in the automobile market, the company said. 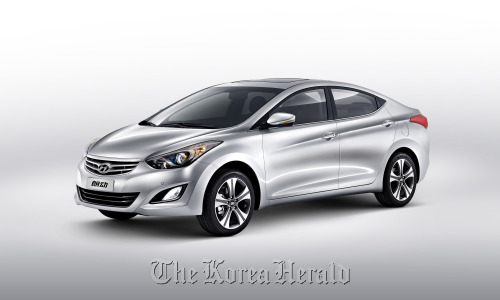 Langdong, a localized model of Avante. (Hyundai Motor)
The vote took place from April 23 for a week, during which people voted either at the show or online via Twitter and Sohu, a Chinese automobile portal.

“The prize is among the fairest automobile awards, since it relies entirely on the customers’ choice. And it directly affects the future sales record,” the carmaker said.

Based on the technology and performance of the original model, the sedan is localized in design and structure to suit their Chinese customers’ taste, the company said. The new model is named Langdong, a Chinese name that suggests energy and excitement, according to the company.

In size, Langdong is 40 millimeters longer and 10 millimeters higher than the original model, Avante. The company said that it applied bold and smooth design by employing unique radiator grills and head lamps.