[ The Korea Herald – Send E-mail ]
Thankful art show to help Angel House
By Korea Herald
Published : May 2, 2012 - 19:16
Updated : May 2, 2012 - 19:16
An expat who was able to fly home to visit his bereaved mother thanks to the kindness of strangers is holding an art exhibition to honor their giving spirit. English teacher Rich Cornall will also donate funds raised at his new show in Seoul to Angel House center for disabled people.

One day after arriving in Korea, Rich received the phone call of every expat’s nightmares ― his father was gravely ill.

Just after he had flown from New York to take up an English-teaching job here, 63-year-old Richard Cornall suffered respiratory failure. Doctors medically induced a coma in order to check for brain damage. Four days later, on his parents’ wedding anniversary, Rich’s mother called to tell him that he must return home. His father’s brain damage was severe and irreparable and they were turning off the life support machine. 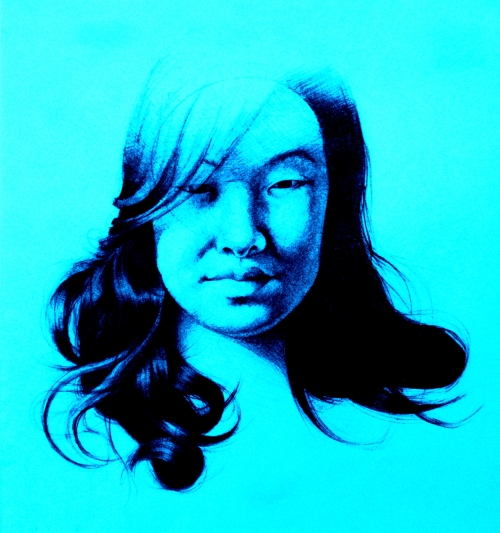 Rich Cornall’s artworks are to go on display in Nowon to raise funds for Angel House. (Rich Cornall)
That was in November 2010. After a hurried trip to attend the funeral he came back to his teaching job in Seoul.

Then this past Christmas, his girlfriend Renee’s father was diagnosed with prostrate cancer ― but the pair didn’t have the money to buy flights back to the U.S.

Rich wanted to see his mother and visit his father’s tombstone for the first time, and Renee to spend some time with her sick dad.

But then some of Renee’s workmates clubbed together to give the pair a priceless Christmas gift. The group who were members of a Christian charity bought return flights for the couple so they could be with their families over the holiday season.

“My girlfriend and I had been discussing if going home was a possibility but we decided that we didn’t have the money to do it.

“I was at work when she called me one day crying hysterically. I thought something bad had happened to her dad, who was about to go in for surgery. But she said her principal had called her into his office and said that some people linked to her work had bought us both tickets home,” said Rich.

Though their benefactors never revealed themselves in person, art school graduate Rich decided to put together an exhibition in order to thank them.

“Receiving such an act of kindness can’t help but change a person’s perspective,” Rich said. “Since returning to Korea from that vacation, I have thought a lot about how fortunate I am. The last year with my father and I spent together was by far my fondest. The last week we spent together was a road trip to the Grand Canyon. The last thing we said to each other was ‘I love you, man.’ I was truly blessed with a fairytale ending to an amazing story.

“My father once told me: ‘Always leave a place better than the way it was when you got there. That way, if everybody does it, the world will always be getting better.’ To the few anonymous people who made a sacrifice for me, know that you are doing just that.”

The exhibition of 13 original paintings along with prints will be held at the ONDA bar and restaurant in Nowon. It will open at 6 p.m. on May 12 and run until June 12.

Admission is free, with prints and original works done in ballpoint pen and acrylic. Money raised from sales of the prints and donations at the door will go to support Angel House. The home to the north of Seoul is a community for disabled adults and orphans. The house started by disabled orphan Jang Soon-ok in 1993 is home to about 50 disabled residents of all ages.

Rich decided to donate the money to the home after meeting his neighbor, Kiki Fastino, who organizes volunteer and fundraising events to support the community.

She said: “A group of volunteers along with myself have been dedicated to helping Angel House for the past four years. We have had many fundraisers in the past and the money went to helping all the residents there.

“Recently though, three boys from the Angel House have been accepted to study at a public school. We were all so happy to hear the news.”

Volunteers recently held a fundraising event for the children with Iron Mic, a hip-hop and improv group in Seoul, to collect 1.75 million won.

“Now, Rich Cornall is having an art show on May 12, to help these young boys and brighten their future. All of Rich’s work sold will go to the three boys to provide them an education,” Kiki added.

“I am so happy that people with different talents and backgrounds are getting together in Seoul to show support for this cause. They create great venues for people to get together, strengthen the community, and better the lives of those around us. I thank everyone so much for their efforts.”

For more information go to www.facebook.com/groups/kikihero/.