[ The Korea Herald – Send E-mail ]
Nordic lyricism to sound in Seoul
By Korea Herald
Published : Apr 8, 2012 - 19:22
Updated : Apr 8, 2012 - 19:22
Norway and Korea are set to be married in music at a spring concert in Seoul.
The Norwegian Embassy and the Korea Foundation are hosting the classical music performances from prestigious Norwegian violinist Stephan Barratt-Due and his Korean-born wife Chung Soon-mi, who is a renowned violist.

The award-winning duo will be joined by Korean pianist Chong Park for the performance titled “The Lyricism of Norway.” 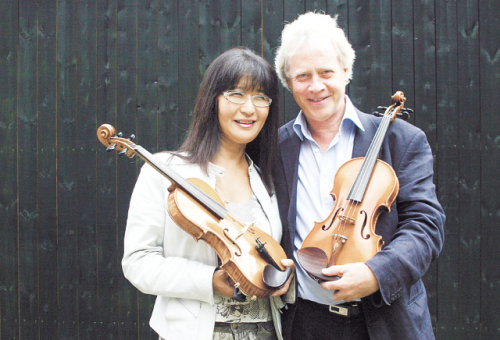 Park was the first ever Korean to play the entire “Transcendental Etudes” by Franz Liszt in 2009. He is renowned as one of the best classical pianists in the country and also famous for exploring other musical genres such as jazz, tango and new age. He has so far released six mega-hit classical albums and 10 crossover albums.

The concert to start at LG Arts Center at 8 p.m. on April 17 will be presented by Norwegian Deputy Chief of Mission Torbjorn Holthe and Korea Foundation president Woosang Kim.