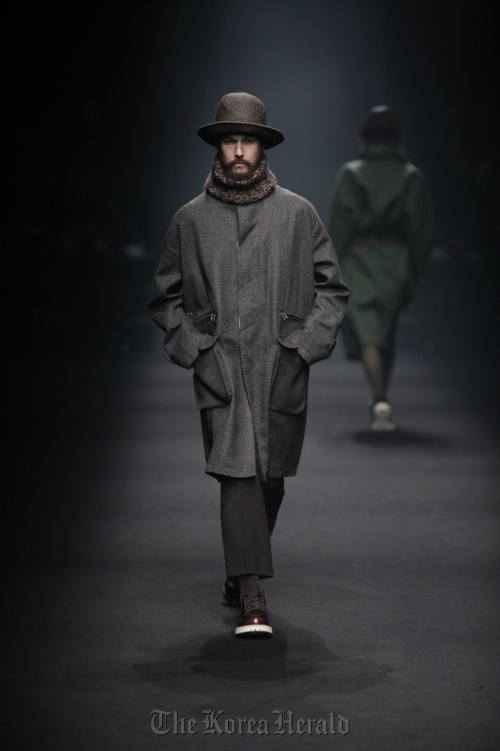 
The unexpected April sleet and gusty wind hindered some from visiting this season’s Seoul Fashion Week, but the biggest disappointment so far is the lack of influential buyers and press.

The number of visiting foreign buyers is 37, and press 16, which is about half the size of the previous season. Up until about five days before kick-off, organizers said that Jay Bell, vice president of U.S. department store Barneys New York, and Sam Kershaw, vice president of U.K.’s leading department store Harvey Nichols would be coming, but said they would not only two days after that.

“Problems have been caused because everything about the event was confirmed too late this time,” said a PR official of the event.

Many changes have been made for this season’s SFW ― a new organizer, a new venue and a new lineup of designers. The tentatively-named Korea Fashion Designer Association led by designer Lie Sang-bong was in charge instead of the now defunct Seoul Fashion Center, but there was obvious friction between the association and Seoul Metropolitan Government, which still runs the event.

The venue, for instance, was decided about only two weeks prior to the event after discussing other places, including the National Museum of Korea or Yeouido Park. Four tents were finally installed at Olympic Park’s World Peace Plaza in Bangi-dong, southeastern Seoul, looking somewhat unsafe in the unseasonably harsh weather.

As if to reflect the gloomy mood of the fair, most of the menswear collections showcased in the first two days were achromatic. GENERAL IDEA, chan+ge by Lee Hyun Chan and beyond closet and were about the only collections that added some liveliness with yellow and orange colors.

Notably, many of the designers seem to have drawn inspiration from the past ― Western history in particular. 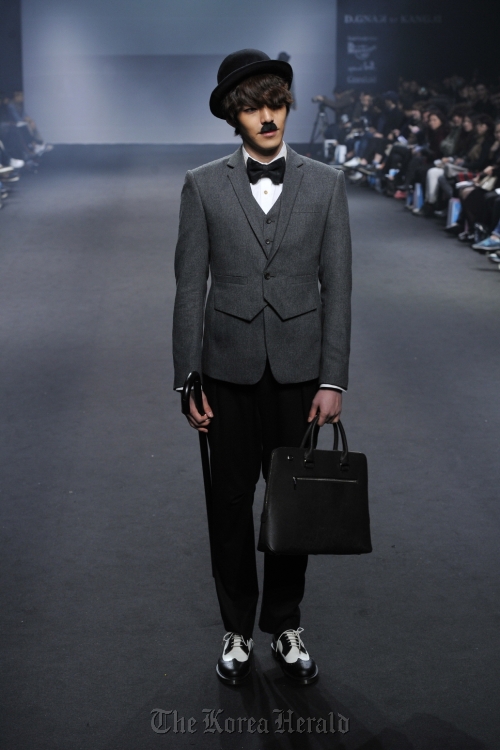 D.GNAK by KANG. D’s 2012 FW collection (Seoul Fashion Week)
Some of the shows were definitely eye-catching. Magician Lee Eun-gyeol started D.GNAK by KANG. D’s show by inviting a woman in the audience up to the stage. Lee changed her style into a Charlie Chaplin-look in a snap. Then models came out and comically danced down the runway, complete with Chaplin’s signature mustache, bowler hat and cane.

Jehee Sheen experimented with his show by screening a video of his collection instead of having models walk down the runway.