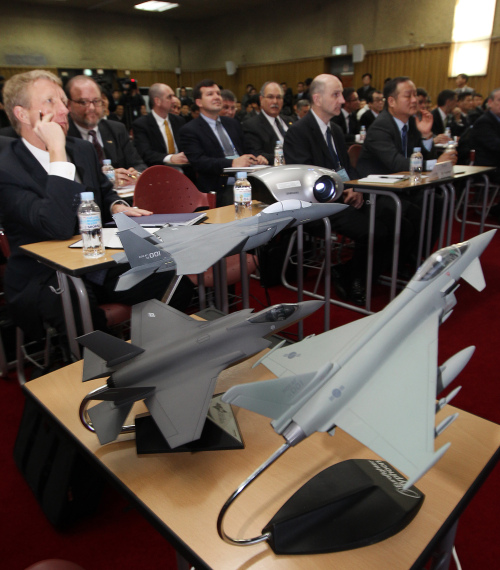 The U.S.’ Boeing with the F-15 SE and Lockheed Martin with the F-35, and the European Aeronautic Defence and Space Company N.V with its Eurofighter are set to compete for the 8 trillion won contract. The Russian firm Sukhoi, which produces the T-5- PAK FA, is reported to have dropped out of the race.

The FX project was launched as part of the South Korean military’s efforts to equip itself to better deal with asymmetric threats from North Korea.

Asymmetric threats refer to weapons such as nuclear weapons and bio and chemical weapons.

In the third stage, the country will acquire about 60 fighter jets and plans to finish their deployment by 2021.

From July until September, the DAPA will conduct tests and negotiations. The successful bidder will be announced in October.