Constantine Maroulis will play the title dual role in a revival of the musical “Jekyll & Hyde” that’s slated to come to New York in spring 2013 after a 25-week national tour that starts in San Diego on Oct. 2, Nederlander Presentations Inc. announced Sunday. 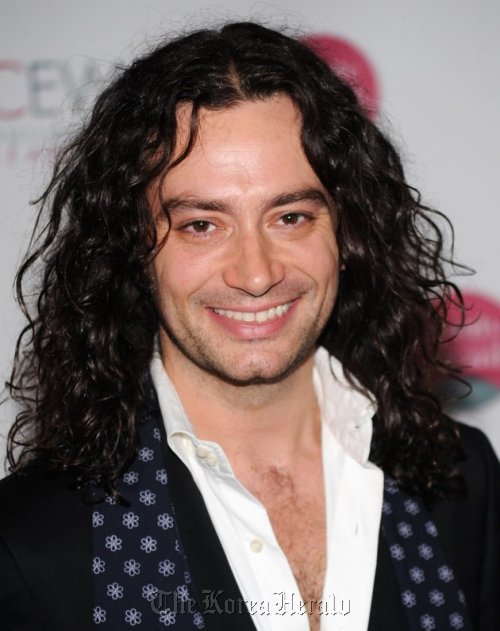 In this May 21, 2010 file photo, Broadway performer and former “American Idol” contestant Constantine Maroulis attends the 16th Annual Cosmetic Executive Women Beauty Awards in New York. (AP-Yonhap News)
Maroulis, who was a finalist on the fourth season of “American Idol,” had a three-year run in Broadway’s “Rock of Ages” and received a best actor Tony nomination and a Drama League nomination for his performance. He also played the role of Roger Davis in a recent national tour of “Rent.”

Maroulis made his Broadway debut in “The Wedding Singer” and is currently in the title role of “Toxic Avenger” at the Alley Theatre in Houston. His debut album, “Constantine,” was released on his own label, Sixth Place Records.

“Jekyll & Hyde” features a story and lyrics by two-time Oscar winner Leslie Bricusse and music by Frank Wildhorn, who co-conceived the musical. It will be directed and choreographed by Jeff Calhoun.

Additional cast and creative team, as well as tour cities, will be announced later.

Wildhorn has had a tough time on Broadway recently, with back-to-back shows that have failed. His show this spring called “Wonderland,” an updated telling of “Alice in Wonderland,” was poorly reviewed and his “Bonnie & Clyde” recently closed early this season.