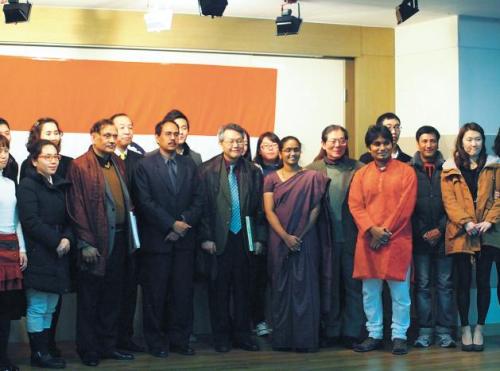 The custom of a gathering of poets to recite verse carried out in Hindi-speaking areas of Northern India was recreated in Seoul ― by 15 native Koreans.

The Korean Hindi enthusiasts joined Indians living here and representatives from various Indian associations at the event at the Indian Cultural Centre on Jan. 10. The celebrations also included an address by the Indian Embassy’s charge de affaires Jeeva K Sagar and reading of a message from Indian Prime Minister Manmohan Singh to celebrate the Hindi language.