The overall automotive industry of Korea posted robust sales growth in 2011, despite global economic woes in the wake of the eurozone debt crisis.

Korean companies, such as Hyundai Motor and Kia Motors, saw exports surge and foreign companies, including BMW and Mercedes-Benz, expanded their presence in the local market.

As for German and Japanese brands, Hyundai and its affiliate Kia have been recognized as powerful competitors in the global market.

The global automobile industry is paying keen attention to their product quality-based growth in Europe and the U.S. as well as in emerging markets such as China, India and Russia.

Hyundai and Kia are about to see their yearly combined exports exceed 2 million units for the first time in 2011, according to the Korea Automobile Manufacturers Association. 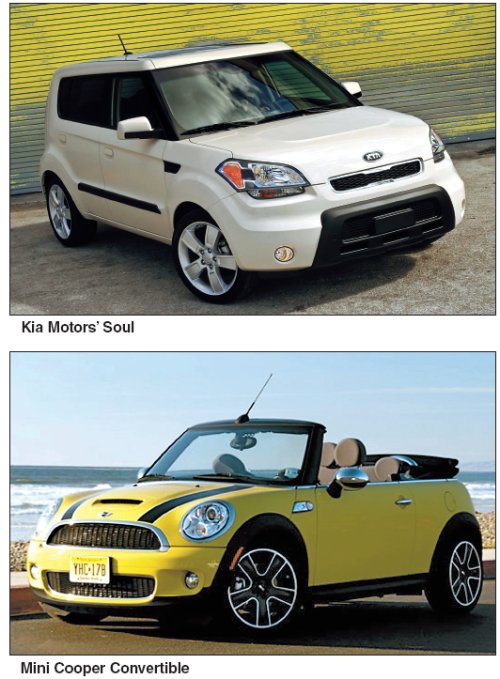 Hyundai Motor Group officials predict the current pace, under which monthly exports post more than 180,000 units on average, will make it possible for them to see exports top 2 million units this year.

Their exports recorded about 1.99 million units last year. The models that gained growing popularity in the overseas markets include the Avante and Tucson ix from Hyundai Motor and the K5, Sportage R and Sorento R from Kia Motors.

This year, Hyundai Motor became a full member of an industry lobby of European carmakers, a move which company officials said would help boost Hyundai’s image and sales in the region.

The company became the 17th member of the European Automobile Manufacturers’ Association.

Hyundai Motor is the second Asian automaker with full membership to the European association after Toyota Motor. 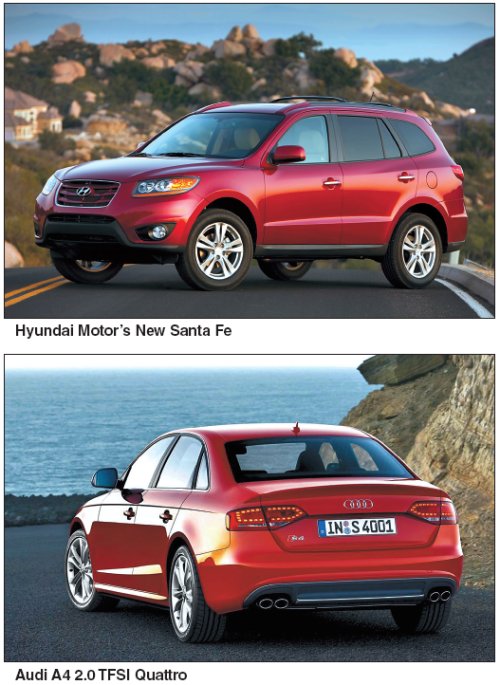 The association approved Hyundai’s membership two years after the Seoul-based company applied for the position.

In the European market, Hyundai and Kia are expected to secure the No. 1 position in 2011 sales among Asian carmakers, outstripping Toyota Motor.

The Korean companies overtook Toyota for the first time in 2010 since Hyundai Motor launched European sales with the Pony sedan in 1977.

In the U.S. market, Hyundai-Kia saw their market share exceed 10 percent for the first time in May.

Hyundai Motor has the goal of overtaking Toyota Motor in sales of hybrid sedans in the U.S. The Sonata hybrid has ranked second following the Japanese carmaker’s Prius hybrid.

On the contrary, Hyundai and Kia lost market share in the local market this year amid aggressive marketing by foreign carmakers.

There is a high possibility that Korea will see yearly sales of import cars surpass 100,000 units in 2011 for the first time, according to industry sources.

He said import car sales are estimated to jump more than 150 percent over the past five years. About 40,000 units were sold in 2006.

In addition, following March when monthly sales for the import vehicles hit an all-time high of more than 10,000 units, the monthly figure surpassed 10,000 again in September.

Overseas production of Hyundai and Kia is also expected to surpass 3 million units for the first this year, data showed Sunday.

The two automakers built a combined 2.88 million vehicles in their overseas plants in the January-November period this year, up 21.8 percent from the same period a year ago, according to the data by the Korea Automobile Manufacturers Association.

Foreign carmakers are expected to grab 10 percent of Korea’s automobile market in about a year after they saw the market share surpass 1 percent for the first time in 2002.

As a meaningful data, the ratio of young customers to total buyers of import cars has surged by about 10 percentage in five years.

According to the Korea Automobile Importers and Distributors Association, the number of buyers of foreign-made cars in their 20s and 30s accounted for 22.7 percent of customers in 2011, compared to 12 percent in 2006.

The proportion of young customers in the import automobile market, which stayed below 10 percent 10 years ago, continued to increase to 17.6 percent in 2009 and 20.3 percent in 2010.

For the first 11 months of 2011, the best-selling model among consumers in their 20s was the Nissan Cube. Other popular models included the Golf 2.0TDI by Volkswagen, the Mini Cooper and Audi A4 2.0 TFSI Quattro.

The BMW 520d was picked the most popular car among customers in their 30s, followed by the BMW 528, the Cube, the Golf and the Mini Cooper.